Common sense, ambition and a bit of Oprah: Kim McKay’s path to CEO 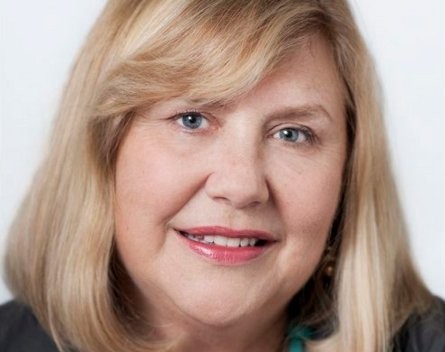 Kim McKay AO is a woman who likes to think big on what she can achieve and make it happen. Environmentalist, publicist, author, business founder and now CEO, she’s not afraid to speak up about her ambitions.

Her career’s thrived off big ambitions: including everything from a desire to ‘clean up the world’ – a project she launched with the United Nations after working with Ian Kiernan on Clean Up Australia – to managing publicity on the Oprah Winfrey Australia tour and tracing the migration of humans over 60,000 years by co-founding the National Geographic’s Genographic Project.

So it was hardly a surprise to see she’s just been appointed director and CEO of The Australian Museum, the first woman to take such a role in the institution’s 187-year history. Effective today, the move will see her step down from Momentum2, the business she established to offer ‘social and sustainable’ ideas and marketing ideas for clients.

I had the opportunity to interview McKay in 2013 for my upcoming book, Women Who Seize the Moment. It was a chat we had well before she was appointed to the current role, but an hour over coffee that left me feeling exhilarated and intrigued by just what this woman would do next.

During that conversation I learnt how McKay’s completed some extraordinarily large projects over the years – she made them happen because she believed they could happen. She told me how early on in her PR career she saw a job advertised as seeking the “missing link” for a large international event. Despite knowing the job criteria called for somebody much more experienced, she knew she could be the ‘missing link’ and applied – knowing she’d figure out the details and ask enough questions to get the work done.

“I had no idea what I was doing. I had to go around and ask a lot of people to help me. But I was a sponge. You learn things as you go,” she says. “I was enthusiastic and I had common sense. Common sense is a big factor. It’s a really basic thing but a lot of people don’t have it. If you have enough confidence, common sense and you’re willing to work hard, you’ll get there.

That early job involved working on a solo around the world yacht race, giving her access to plenty of ambitious individuals including Ian Kiernan, who would later take his plan to clean-up Sydney Harbour to McKay — knowing she was the woman to make it happen.

It also set her up for a career working all over the world. She managed the launch of the Discovery Channel in Australia and then the National Geographic Channel in the United States. She won her pitch to manage publicity for the Oprah Australia tour despite going up against some of the biggest companies in the industry. (Touring the country with the Oprah entourage I had to ask, what was she like? “She is terribly authentic. She is what she appears to be,” McKay told me. “She was terrific, very professional. She was charming, cooperative and worked harder than anyone else around her.”)

McKay, a journalism and PR graduate who chose a job in the latter because it was paying more than the former, has always seen few limitations to what she can achieve and is more than happy to tell you about her ambitions.

She also doesn’t mind rejection, telling me that dealing with a ‘no’ is a great means for building resilience.

“I love a no. If I get a no, I know I’m one step closer to getting a yes,” she told me. “If you got upset about every no and gave up, then you wouldn’t achieve anything.”

McKay’s got a big project ahead of her at the Australian Museum, where she’s said her job is to make Sydney-siders fall in love with the place again, to see it as a great meeting space, and a place that can tell the story of Australia science and natural history.

“This is a fantastic opportunity to make a significant impact on the cultural, scientific, environmental and tourism landscape of Sydney and Australia and I’m up for this challenge,” she said following the announcement of her appointment in February.

McKay’s up for any challenge and proves that with the right attitude and a good amount of common sense, anything’s possible. As she told me during our interview when asked about her next big thing: “I like doing big things. I have all this energy and I’d love to tackle something huge.”