How to create a start-up culture that rivals Google 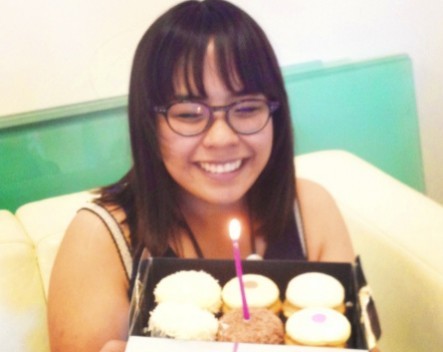 When I closed my first round of funding for Posse, I asked one of the lead investors – what’s the first thing you think I should focus on?

His response: culture. Culture? Surely I should focus on hiring smart people, building a product quickly and getting customers? But he was adamant – your first three months should be all about establishing the right culture because the right culture is what makes everything else possible.

I’ve read my fair share of business books and have friends that work at places like Google, so I know something about the steps that major companies take to keep their employees happy.

Big conferences, overseas trips, bonuses and fancy offices all help to make people love their job no matter how boring the actual work may be. Start-ups have to compete with large, established companies for staff. We have little time, money or resources. We can’t employ an in-house chef, pay big bonuses, construct slides between floors or send team members to stimulating overseas conferences.

Start-ups recruit team members who have vision, passion and the drive to make a difference. It’s hard but possible to hire people from companies like Google; it’s tougher to develop a culture that sustains team enthusiasm during hard times.

I believe all start-ups can be successful if they have the money and energy to power through obstacles, to learn and evolve until they hit the right formula. We’ve heard the stories of Airbnb who, after two years of struggle, sold cereal at the 2008 political conventions to make money, keeping their start-up dream alive.

Or Twitter, who floundered for three years as a podcasting company before pivoting to the concept we now know as Twitter. Imagine the culture in those companies during the tough years. We’ll never hear the stories of team members who left during the hard times for jobs offering better conditions.

We had a hard year at Posse. We’ve been working hard for two years and launched our latest product in March at SXSW. I spent the next six months in New York, raising capital and building a community of US users.

The team stayed behind in Sydney. The lease on our office expired, so they temporarily moved into a garage underneath a friend’s office. I ‘met’ with the team on Skype most nights NY time and could see they weren’t enjoying the premises, which were cold and lacked natural light. I couldn’t be there to lift morale and was often exhausted myself. A couple of people gave up and left, which further deflated the team’s resolve. It was brutally hard to keep going!

I came back in August, ultimately successful at raising both money and our profile in the US. I felt more positive than ever about our chances, and was excited to return, working directly with our team again.

When I arrived at the office I found a tired, miserable group. People were coming in late, leaving early and productivity was low. It was obvious that, after closing the funding round, my next challenge was to rebuild our company culture.

Here are five things I did to shake things up.

The first issue I had to address was low team morale and lack of productivity. I’ve found that one of the best ways to lift morale immediately when you’re in a slump is to communicate with everyone every day.

This enables you to reinforce the company’s objectives, ensure that everyone’s ideas and concerns are heard, and create transparency. That’s easy when your team is small. And I had to address the team’s low productivity, caused by people coming in late as much as lack of motivation.

I solved this by holding team breakfasts every morning at 9am. I’d buy cereal, fruit and baked treats; we met as a team and chatted about life and work. It was a great opportunity for me to hear everyone’s ideas as well as get the team back onside with our goals – and the last person to arrive was responsible for washing up. It was rare for anyone to arrive after 9.30, though I can’t imagine why.

Only recently did I realise the importance of office environment.

I worked in the garage office for six weeks and hated it. Even I couldn’t wait to escape at the end of the day. I started looking for new premises as soon as I returned to Australia, and with a bit of effort found an awesome spot on Oxford St, in the heart of Sydney’s trendy shopping and cafe district. I cut a deal with the council, which wanted to encourage creative young companies like ours into the area, and paid less rent than for the garage.

We ran an online competition for interior design students to fit out our office on a budget of $2000. More than 10 entered, and the winner has completed an amazing job, making our space feel like a palace.

It’s a delight to arrive at work in the morning, and I often find myself working late into the evening with several members of the team. People want to stay behind and work because it’s an awesome place to be.