Do tech accelerators have a sexism problem? 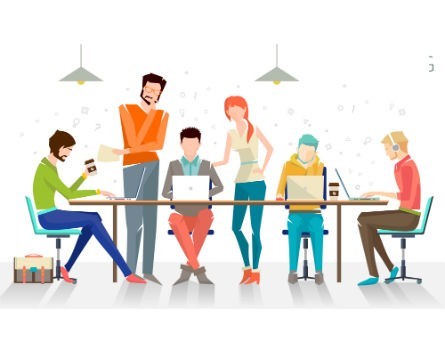 Airbnb, Dropbox and Reddit are all companies that emerged out of tech accelerators. These incubators of talent have been a crucial component in turning tech start-ups into businesses that can stand on their own two feet. As well as giving needy new companies financial support and office space, they play an important role in helping them develop through mentoring.

So it’s good news that the number of accelerator programmes is set to increase in the UK, to support what is one of the world’s most dynamic start-up clusters and the most prominent start-up ecosystem in Europe. But, as this takes place, there’s a huge need to address the industry’s gender imbalance. My research into tech accelerator programmes has found many (often unwittingly) cater for men over women.

You only need to take a quick look at any accelerator participant list to see that women lack status, visibility and voice within these programmes. The US accelerator Y Combinator, for example, has invested in more than 700 start-ups (including Dropbox, Airbnb and Reddit). Just 13% of these have been led by women.

The situation in Europe is even bleaker. Some figures show that women hold a mere 5 to 10% share of accelerator programmes. This therefore begs the question as to whether accelerators offer equal access to women entrepreneurs, despite accelerators claiming to be “open to all”.

The well-rehearsed counter-argument to this imbalance is that this is merely a reflection of engineering and technology entrepreneurship – women just don’t feature prominently in the industry and the numbers in accelerator programmes reflects this. The evidence, however, indicates that within Europe women own around 15% of all science engineering and technology ventures. So, where are all the women when it comes to accelerators? Their minority status in the sector does not satisfactorily explain their absence from this important support mechanism.

Research I’ve carried out with my colleague Susan Marlow indicates that the absence of women is due to their perception that they are not the stereotypical accelerator candidate. This is intriguing given that it is assumed that these programmmes are free from prejudice, with the focus on the commercial potential of the venture and not the owner’s personal characteristics.

Susan Johnson, CEO of women.com and a Y Combinator participant, said of her experience:

Thus, women may be opting out of accelerator programmes because of a perceived lack of fit with the predominantly male tech and start-up culture.

For those women who do overcome this problem and get onto the programmes, they often then encounter prejudice and discrimination at the hands of the old boys’ club culture of many accelerators, which can manifest in rugby and golfing outings in addition to typical “boys talk”.

Furthermore, in an attempt to blend in, women feel pressure to adopt a male persona. For example, the high tech women entrepreneurs we interviewed spoke of adopting particular gestures and dress codes in order to fit in and succeed.

Mentoring is one of the linchpins of any accelerator programme. Not only do the lack of women in accelerator programmes lead to a lack of female mentors. Our research also found that many women wanted a male mentor in order “to learn how to think like a man” – this being the perception of how to succeed in the tech industry. Thus, women’s efforts to adjust to the predominantly male culture of the tech start-up scene, leads to sexism in accelerators going unchallenged and camouflaged instead.

If we want to support the ambitions and great work being done by women entrepreneurs, we must question existing accelerator culture and what an ideal candidate looks like. Currently they only serve to reduce women’s confidence and interest in entering the programmes.

Furthermore, the lack of women within accelerator programmes results in a lack of female role models, making it challenging for a woman to imagine herself as a suitable accelerator candidate. We therefore need to continue the debate on the inclusivity of accelerator programmes as there remains a long way to go towards an equal playing field for women in the traditionally male-dominated tech and start-up industry.