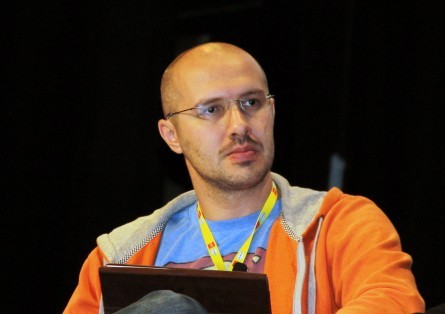 A new data-driven global fund wants to democratise the investment scene for Australian startups by utilising an algorithm to choose the most promising products.

The Follow [the] Seed fund is offering $50 million in second-stage funding for Australian companies, and has people on the ground in the US, Israel and China as well.

Led by prominent investor Andrey Shirben, the fund will use an algorithm called RavingFans to select the best investment opportunities. This should help do away with unfair advantages and bias.

“Some of these startups previously wouldn’t have had good access to capital because they might not be located in the right place or don’t know the right people,” Shirben tells StartupSmart.

“Now they can hop onto our website, download our algorithm, plug it in and within a few weeks it can rank the performance of this venture.”

The fund will be targeting innovative online consumer startups, and the algorithm will work to identify which products can become daily habits for users and are likely to change behaviour.

It works by rapidly analysing the data that determines how early users interact with the product so it can pick out a viral app, game or service before it hits the masses.

“That’s the key differentiator between us and all the VCs worldwide. Only a handful relies on same data analysis, and none of them do it the way we do,” Shirben says.

“It’s capable of screening and going over tens of thousands of potentials in any given year, and that’s simply impossible to do any other way.”

“It doesn’t try to predict the future. All it does is an assessment of the current state of the product, app or game and the way users engage with it.”

Across the four continents, Follow [the] Seed will invest $200 million in 30-35 startups over five years.

Shirben says this global focus and reach also sets it apart from other Australian venture funds.

“The team we’ve managed to put together is second to none, and it’s spread across four continents in major markets,” he says.

“Providing a company with the funding is the trivial part, it’s mostly about the on-the-ground support in all these markets.”

It’ll be focusing on second-stage funding of between $500,000 and $2 million, the type of investment that “falls between the chairs” in Australia, Shirben says.

“It’s too much for your typical angel investor and too little for proper VCs that are looking to deploy $5-7 million,” he says.

The fund will also be employing a Reverse Problem Solving method, aiming to identify problems and issues that large enterprises face and then finding startups that solve them.

“That’ll enable us to look at startups who are pitching to us in a very different light,” Shirben says.

“Instead of investing in startups then trying to sell the solution to enterprise, we’re looking to partner with startups which solve problems we are already aware of, ones where enterprises already have this problem and they’re willing to buy the solution.”

All this adds up to an investment fund with an edge, Shirben says.

“Backing products considered to be trendy or sexy isn’t going to get you very far,” he says.

“We can crack it and offer the startups the funds they’re looking for.”