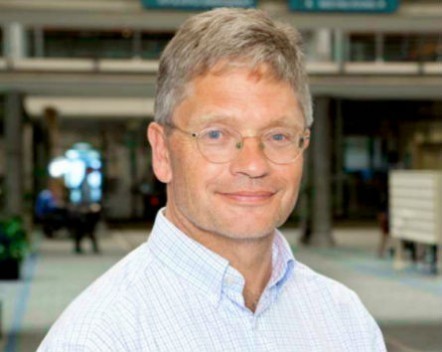 The future success of Data61 will rely on its ability to take on some of NICTA’s startup culture, according to NICTA’s former CEO Hugh Durrant-Whyte.

NICTA recently announced it would merge with the CSIRO to form Data61, after the federal government pulled its funding.

“The ideal outcome is if some of that startup culture from NICTA will infiltrate the CSIRO,” Durrant-Whyte says.

“The best thing NICTA did was create the right culture in its staff and graduates.

“Truthfully it didn’t start making much money out of startups until last year, and that was by selling them not spinning them out.

Durrant-Whyte resigned as NICTA chief in December last year due to “differences of opinion” over the strategies and structures of the organisation going into the federal funding-less future. However, he says the merger was something he supported during his time at NICTA.

“It was inevitable, and this was the solution I had been promoting,” he says.

NICTA’s apparent lack of self-financing success and mixed track record for producing startups has been used as justification for the merger, but Durrant-Whyte says measuring how effective the organisation was isn’t this simple.

“Very early on we realised that host institutions that spin out companies rarely make money out of it, and if you did you had got it wrong,” he says.

“The goal is to not hold onto things. The entrepreneurs develop, exit and then building a better company.

“I used to be able to say ‘get famous, get rich and leave’ at NICTA. The objective was to get rid of them and spin it out as a startup company, giving them a substantial stake in equity.

“That’s not the mode of operation for a government organisation. It’s not historically in the CSIRO’s culture to take the spin-out route – they try to build strategic relationships with industry partners.”

One of NICTA’s biggest failings, a perhaps a reason why it has been force to merge, was its lack of connection with the Australian startup community, Durrant-Whyte says.

“An area that NICTA didn’t do as well as it should have was deeply engaging with the startup community itself,” he says.

“In the last five or six years NICTA built up quite a head of steam around the startup community.

“I hope in going forward the CSIRO will build a much stronger and deeper relationship with the startup community.”

Durrant-Whyte says the merger has been on the cards for more than 18 months.

“I’m relieved it has finally happened, it was the cause of some uncertainty,” he says.

“Now it’s happened at least it’ll be settled one way or another.”

Making money from startups was never the aim of NICTA, Durrant-Whyte says.

“In my view the fact that we create companies in Australia that create jobs is what we should be more concerned about.”