Google’s not the only tech company with a diversity problem: LinkedIn says “we have some work to do” 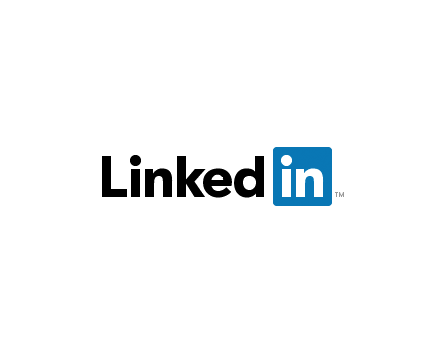 Social networking platform LinkedIn is the latest technology company to disclose statistics about the diversity of its workplace, and admit it has work to do.

In a blog post this week, LinkedIn revealed its workplace is dominated by men, with women making up 39% of LinkedIn employees and men accounting for 61% of the company’s workforce.

The popular networking platform for professionals has admitted it also has work to do when it comes to ethnic diversity, with 53% of LinkedIn employees in the US identifying as white.

While 38% of LinkedIn’s US workforce identifies as Asian, just 4% are Hispanic and 2% are black, with a further 2% identifying as two or more races. LinkedIn said legal complexities in other countries prevent it from accurately reporting the ethnicity of its workers outside the US.

The figures are similar to those released by Google at the end of May, and LinkedIn’s vice president of global talent, Pat Wadors, said the company was prompted to reveal its diversity scorecard by Google’s disclosure, as well as a more general reflection on “the imbalance among women and minorities in the overall tech industry”.

Google is also a male-dominated workplace, with women making up just 30% of its workforce and men accounting for 70% of staff.

Google’s US workforce is also predominately white (61%), with 30% of employees identifying as Asian, 3% as Hispanic, 2% as black and a further 4% identifying as two or more races.

Wadors said that while LinkedIn has “experienced tremendous growth and have become a truly global country” over the past few years, “we still have some work to do”.

Wadors said the company is already taking steps to address the imbalance, but said improving diversity is a continuous process.

“While it’s easy for tech companies, like LinkedIn, to form partnerships with organisations that can promote a more balanced workplace diversity, there is a cycle of responsibility associated with transparency,” said Wadors.

“This is why we thought it important to publish our own numbers regarding diversity at LinkedIn—to better ensure this accountability,” she said. “And we will consistently measure ourselves and look for ways to improve.”

Diversity Council Australia chief executive Lisa Annese told SmartCompany this morning the technology sector has traditionally recruited new staff from among computer science graduates, an area that has tended to be dominated by men.

“So these figures are typical of the industry [the companies] operate in,” says Annese, who suspects diversity statistics among Australian technology company are likely to be similar.

However, Annese believes it is less an employment issue and more a symptom of an education system in which many young women choose not to pursue studying maths and science.

“This is the more fundamental issue,” says Annese, who says while women tend to dominate some fields of scientific study, such as veterinary and forensic science, computer science is not one of them.

“Anything that creates transparency is always a good thing. It means companies can recognise the issue and openly talk about it.”

Annese says some areas of workplace diversity are easier to tackle than others, saying it is often easier for business owners and managers to address gender diversity issues compared to other measures of diversity, such as culture and sexuality.

For business owners and managers wanting to address the diversity of their workplaces, Annese recommends looking at improving workplace flexibility, stamping out discriminatory practices and sexual harassment, and ensuring human relations practices, including recruitment, are rigorous.