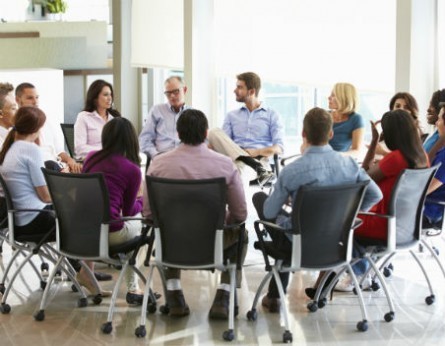 Software engineers and medical experts will come together on Friday in order to tackle some of the biggest issues facing Australia’s ageing population.

The Hacking Age hackathon, run by HealthXL and IBM, will run from July 10 to 12 in the Melbourne suburb of Carlton.

Various teams will work together in order to come up with digital platforms and services to help tackle dementia, Alzheimer’s disease and loneliness among senior Australians.

The winning team will be invited to Germany later this year, where they will pitch their idea in front of HealthXL executives.

Australia’s population is one of the fastest growing in the world, and we’re only getting older.

As many as 23% of Australians will be over the age of 65 by 2041, according to the Australian Bureau of Statistics.

Martin Kelly, the chief executive and co-founder of HealthXL, said in a statement the hackathon would help kickstart collaborations between entrepreneurs and the event’s partners.

“Only new types of collaborations can solve problems as big as the problems related to ageing,” he said.

“Technology is key to developing solutions that help care for an aged population. For real innovation to happen throughout the care path, we need all the major stakeholders to work together and actively engage in moving the needle from what’s possible today.”

IBM’s Australian health industry lead, Annett Hicks, said in a statement the hackathon would be an example of how innovative thinking can improve the quality of life for the elderly.

“Around the world IBM is partnering with enterprise, government and organisations bringing new ideas and creative thinking to solve real challenges,” she said.

“Our health team is looking at how technology can enable people to live active and engaged lives in their own homes for longer. A recent example is the joint initiative with Japan Post and Apple to deliver iPads and custom applications to connect elderly people in Japan to services, family and community.”