Hockey’s IP inquiry another opportunity likely to be missed 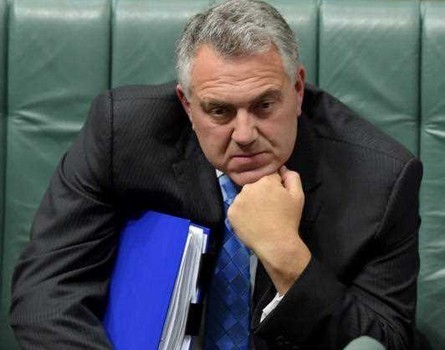 Australian Treasurer Joe Hockey has asked the Productivity Commission to undertake a wide-ranging review of Australia’s intellectual property regime. The review is an opportunity for an increasingly distracted government to set its stamp on the Australian economy for the next 20 years. It is an opportunity that will almost certainly be missed.

The major Harper review of competition policy recognised that intellectual property – particularly copyright, patents and trade marks – is integral to Australia’s national competitiveness. A succession of other reviews over the past two decades have recognised that intellectual property is integral to our social wellbeing. It impacts everything from timely access to affordable medications to cultural expression including archival photographs, films like Dallas Buyers Club, and mashups.

Why the Productivity Commission?

Harper recommended a review by the Productivity Commission, known for its economic rationalist approach.

The Commission is distinguished by its wariness about intellectual property as an exercise in rent seeking, particularly by overseas interests at the expense of Australian consumers and small business. It is also distinguished by its strong and consistent criticism of “black box” free trade deals such as the Trans-Pacific Partnership Agreement (TPPA) that could reshape the overall economy and the public sector.

That agreement has been promoted by ministers in the Gillard, Rudd and Abbott Governments but appears likely to result in disproportionate costs for taxpayers who fund the public health system. That system – subsidised pharmaceuticals and clinical care – is a foundation of the fairness that both differentiates Australia from the United States and underpins our economic performance.

I use the word “appears” because most of the TPPA remains secret, despite calls by business, health experts and other interested parties who have sought an informed public discussion and want more than bland assurances by the trade minister of the day.

With an election on the horizon Joe Hockey has heeded Harper’s recommendation. The Commission’s terms of reference are wide-ranging, encompassing all areas of intellectual property. The inquiry is a distinctly political exercise. It is to involve public consultation and to be completed within a year, allowing the Treasurer to be seen to be doing something but conveniently reporting after the election.

Importantly, its terms of reference offer something for everyone: the free trade zealots at the Department of Foreign Affairs and Trade, innovators, welfare advocates and overseas intellectual property interests such as the US software, music, film and pharmaceutical groups. Those groups have sought longer, stronger protection and have faced cogent criticism for exploiting Australia as an intellectual property colony.

One more time, with feeling?

The inquiry follows a succession of major intellectual property reviews by bodies such as the Australian Law Reform Commission (for example into copyright) and the Advisory Council on Intellectual Property (abolished after its work on patents became too annoying). It also follows inquiries by parliamentary committees (notably on price-gouging in software), bodies such as the Therapeutic Goods Administration (stronger protection for overseas drug companies) and one-off entities such as the Pharmaceutical Patents Review (buried by the current government).

All of those inquiries have involved public consultation and economic analysis. All have resulted in recommendations about changes to the intellectual property regime founded on public interest, a recognition of new technologies and awareness of trade concerns. They have been accompanied by vigorous lobbying of ministers, backbenchers and bureaucrats. Many of the recommendations have been disregarded by the ministers. They reappear, the ghosts of intellectual property inquiries past, every couple of years.

The inquiry is an opportunity for a comprehensive coherent reform of the regime rather than the conventional obfuscation and band-aids. Why not emulate Keating’s restructuring of the economy, with changes that are principled and that clearly acknowledge the needs of consumers rather than merely those of rentiers in Seattle, Los Angeles and New York?

Implement the Marrakesh Treaty for the disabled. Adopt the ALRC recommendations regarding fair use and “orphan works”. Reject overreaching through patent evergreening and calls for longer patent protection. Reject calls to privilege overseas media groups through criminalisation of minor copyright infringements. Enable critique through “culture jamming” of trade marks. Act against greenwashing. Speed up consideration of reports on IT pricing. Foster innovation rather than imports, through greater support for commercialisation of Australian research.

That requires transparency, bravery and a willingness to say no to the TPPA on behalf of our citizens and our neighbours.

Observers might be forgiven for thinking “here we go again”. Yet another inquiry. Another inquiry by people who are expert and dedicated but don’t have the time and resources required. An inquiry in which there is little incentive and less opportunity to think outside the box. If you have read the Commission’s reports over the past decade, and its submissions to other inquiries, you will have a sense of its likely recommendations. You will also have a sense of how the Treasurer, trade minister, industry minister and health minister of the day will drop the hot potato.

Bruce Baer Arnold is Assistant Professor, School of Law at University of Canberra