How to be a good boss and boost your bottom line 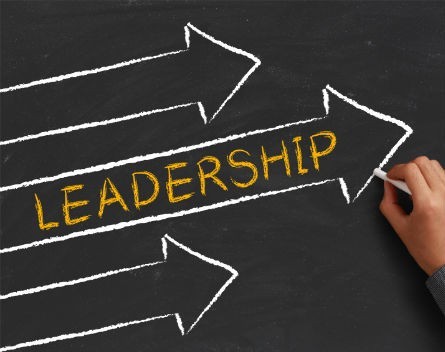 Recent Gallup research shows that a scarily large portion of employees are not motivated or engaged in their jobs. Many nevertheless perform tasks adequately, while a subset barely drag themselves to work every day.

The reasons for this range from insufficient appreciation, to seeking enhanced promotion prospects elsewhere, to requiring greater flexibility – and those are just for starters.  The bigger reason for employees’ lack of motivation is more likely to be their bosses or managers.

A study by Vanderbelt University shows how contagious poor management can be – it rubs off onto their teams. Poor higher-level managers can influence middle level managers to become poor. The power of role models!

Studies demonstrate that organisational productivity and profitability rise in leaps and bounds when bosses positively engage their staff.  So the bottom line is if management is mediocre, adversarial or just plain incompetent, they are actually costing their companies millions.

When I wrote about “Seven ways to deal with horrible bosses” one of our readers, Hannah Marks at Digital Third Coast, offered to share the info-graphic she developed and has displayed on Plenty Consulting. Hannah says it explains the qualities and costs of bad managers and notes that half of Americans have left a job to get away from their manager and replacing an employee costs between 10-30% of their salary. I wonder if Australian management is in a similar state.

Are good managers born or made?

According to the Gallup research, only one in ten people have what it takes to really make a company shine, while three in ten can be trained to improve.  The remainder:

A decent or even good pay packet is not enough, usually, to motivate employees.  Most require consistent, well-communicated objectives, many need a sense of purpose for what they’re doing, and virtually all are boosted by a healthy dose of appreciation.  A good manager makes time to discover what makes different people tick and how they like best to contribute to group goals.  S/he also fosters rapport between staff.

These managers don’t care much as long as things get done.  It may be owing to the people they report to, who treat them poorly or disdainfully.  Nasty people at the top send their unpleasant energy right down the company food chain.  Is it any wonder no-one goes the extra mile?  A tepid attitude to work and people, multiplied many times over, is the quickest route to company failure.

Come on, you’d hardly fork out on a personal trainer who has no vision for your health and fitness, so why would anyone be inspired by a person who has no sense of the bigger picture?  Equally, managers need to know the company operation inside out before issuing lordly directives bearing whiffs of cluelessness that everyone else quickly susses out.

4. Don’t collaborate and are not team players

You may notice that some management types (male and female) have no idea that company deliverables are the result of team effort.  The manager who fails to acknowledge other people’s sweat and believes that only they hold the key to success is heading for a fall somewhere, some time soon.

5. Fails to walk the walk

We all know people who fall into this category.  They’re the prissy account executive who talks big about what has to be done, but does sweet FA him/herself, and worse – they actually know very little about how things do get properly completed.  Everyone politely listens (well, you don’t have much choice with these show ponies) but they’re secretly detested.  Good managers conversely not only convincingly walk the walk, but find ways to motivate very different personality types from their own.

As Gandhi once said  – they aim “to be the change they want to see”, but acknowledge their own weaknesses and strengths while showing generosity and realism with others.