How to get more people coding ‘like a girl’ 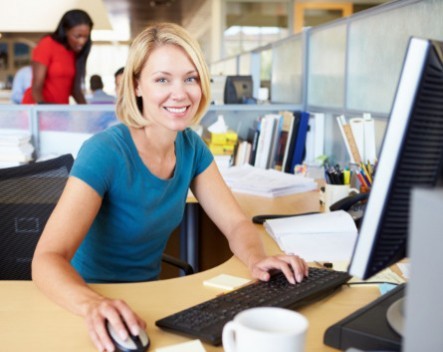 Something very rare occurred in Melbourne last week, when an all-female panel got together to talk about coding.

They were at the launch of Code Like A Girl, a new digital initiative designed to tackle the fact technology is still a male-dominated field. The first step was to clearly showcase a number of female developers already making their mark, which they did with five senior developers from very different industries.

Founded by Deepend developer Ally Watson, Code Lke A Girl aims to help and inspire women working in coding by offering an online inspiration network and blog for women. It aims to also connect like-minded girls and women who’re already working in technology, or who’re simply interested in coding.

During the launch, the panel of female developers offered some ideas for getting more women into tech.

Below are some of the ideas they shared, according to Deepend.

According to gaming developer Giselle Rosman, female tech students need to showcase their work and network, despite being in the minority. “You don’t have to be employed or paid to build something,” she said. “You can get the experience needed to apply for jobs by making, building and publishing yourself.” She reminded women that, “you’re good at what you do and you deserve to be here.”

With more women needed in senior eldership positions in tech, the panel noted that men must be engaged as part of the solution. The minority of women in the industry can not be expected to have all the answers, so both men and women need to work together to drive change in the industry. As development lead at Culture Amp Jo Cranford said: “More women are needed in senior leadership for diversity to happen the whole way down [the management chain]. Many companies are desperate to address the issue of tech’s diversity problem, and are aware of the benefits of a diverse team, yet there is still an ongoing problem.”

Johana Foster, VP of the RMIT Society for Women in Information Technology, believes that bridging the gender gap in tech must begin in learning environments if it’s ever going to continue into the office. She said lecturers and teachers must not discount the thoughts and opinions of female students.

Coding should be something everyone should know, according to Rosman, and as such should be taught in primary schools. “Code is not maths, code is not science, code is a language and a language that is universal,” she said. “Framing coding as a language can help the barriers for girls who think they’re not good at maths or science.”

A future where diversity is normalised

When asked what the future should look like for women in coding, the panel were optimistic. “I can’t wait for the day when there’s no stereotype for programmers, anyone can do it,” said Envato senior developer Shevaun Coker. Foster added that, “It’ll be a good time when you don’t hear, ‘you’re not bad for a woman!'”