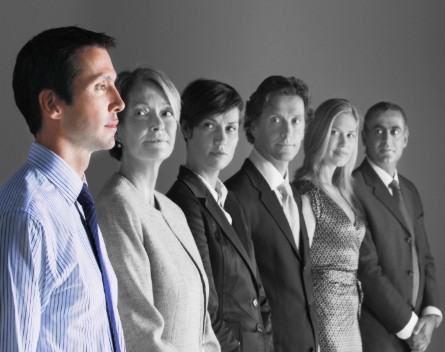 Of all the games one played as a child, perhaps the dullest and most loathsome was follow the leader.

In contrast, follow the leader is just plain mindlessness. You copy someone else’s actions until everyone expires of sheer boredom. It’s a war of attrition where the dullest kid with the longest attention span wins – by default. Even if you win, you lose.

In short, follow the leader is the Al Gore of games.

If it were a bird, it would be a pigeon. In fact, on second thought, it wouldn’t be – pigeons are fascinating in comparison to follow the leader.

Pigeons, that most grey, unthinking and mediocre of avian species, at least flap their wings, move their heads side to side or shuffle along the ground of their own accord. That’s right, even a literal pigeon brain is capable of devising actions of its own accord. You don’t often see a conga line of pigeons bobbing their heads in a perfect line in perfect synchronicity, now do you?!

And sure, sheep follow one another mindlessly. But at least they are productive – they produce wool and mutton. No-one ever got to eat a good jumbuck stew as a result of a game of follow the leader, now did they?!

You won’t ever find an MCG filled with spectators cheering on a riveting game of follow the leader. There are no leagues or spectators. No Nike sponsorships. No chance it will ever be added to the Olympics.

Often clueless adults complain: Little Sally ‘mindlessly’ plays her video games or tweets on a smartphone – why doesn’t she go outside and play like kids in the good ‘ole days?’ Well, in the good ‘ole days kids played follow the leader, and frankly that was far more mindless than watching 10 hours of cartoons in a single sitting could ever hope to be!

Follow the leader is rote learning as a game.

But the absolute worst thing about the game is it indoctrinates future business leaders. Kids who play follow the leader grow up to think it’s good enough to go about in the world mindlessly copying the industry leaders.

It’s a trap your dear Old Taskmaster has seen too many businesses fall into. Why disrupt a market by devising new and creative ways to solve a problem when you can just copy the industry leader?

It’s like the competing cola brands that opt for red cans like the industry leader. It’s the Android smartphones that look just like the iPhone – and the first iPhone that looked suspiciously like an LG Prada.

Instead of saying “we want to be the best in our industry and reinvent what it means to be the best”, they instead say they want to “model themselves on the best”. The difference is subtle but highly significant.

It leads to follow-up meetings where those following the leader wonder why consumers aren’t enthused by a knock-off of the market leader.

Remember that last underwhelming product or cheap knock-off service you used? Well, it was created by people who played follow the leader as kids. Those kids grew into adults who tolerated conformist mediocrity.

Well, Old Taskmaster says this: In business, don’t follow the leader. When confronted by a business problem, instead of instinctively trying to copy the market leader, first ask whether there is a better way to solve the problem. Aim to be a disruptor, not a copy-cat.

Oh, and if the kids are outside playing follow the leader, make sure they come inside at once and play on the PlayStation. It’s a far less mindless pastime.