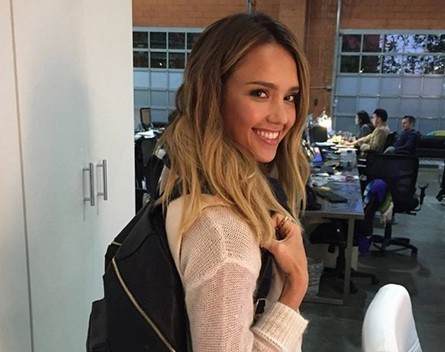 Get ready for rejection and ask the stupid questions say Jessica Alba and Susan Wojcicki, who were key speakers at the Women’s Innovation Panel at Salesforce’s Dreamforce conference in San Francisco.

Hollywood A-lister Alba is founder of the Honest Company, while Wojcicki is the chief executive of YouTube.

Here are their top tips for being a woman in the tech industry:

1. Don’t be put off by rejection

Alba says when she came up with the idea for her business the people she pitched to laughed and suggested she endorse a perfume line instead.

But Alba kept on refining her pitch.

“You’ll never know that something is going to succeed if you don’t try and put yourself out there,” she says.

2. Be prepared to be in the minority

Women in technology are a minority group, which is a problem for the sector according to Alba.

“We are the ones consuming online. There should be more of us behind the scenes creating that experience,” she says.

“There’s not a lot out there to choose from, unfortunately I wish there were more women we could hire.”

Wojcicki says women are a minority in the tech industry because there are comparatively few with the appropriate qualifications and a tendency for women to drop out of the industry.

“It’s a pipeline problem, the number of women with computer science degrees is 20%, and then it’s a retention problem,” she says.

“Whenever you have an environment that is a majority of something its hard for the minority.”

One of the factors causing women to drop out of the tech industry is a lack of maternity leave according to Wojcicki and Alba.

Most women in the United States don’t have paid maternity leave, with 25% of American women going back to work 10 days after giving birth.

“What we found was having a longer paid maternity leave actually helped us retain women,” Wojcicki says.

“You are more ready to come back to work when the kids are a little bit older.”

“Paid maternity leave is also good for business,” she says.

“If I’m there at midnight by myself in the office I’m not really having so many great ideas anymore.”

Wojcicki says having work life balance can help you be more creative and productive.

Alba says she “loves” hiring people who are parents “because I know they can multi-task and they are very efficient with their time.”

Since having her own two children Alba says she has mended her workaholic ways.

“It’s important to shut down and shut off,” she says.

“Now weekends are my family time.”

5. The early years are the toughest

Wojcicki has five children and warns the early years are the toughest for women with children.

“I found it really hard when my kids were in the birth to early pre-school stage,” she says.

“It is really those first couple of years that are really hard to get through … If you can just know that there is light at the end of the tunnel and stay in the workforce.”

6. Tech can be creative

Wojcicki says many women are deterred from working in tech because of misconceptions about the industry.

“I think computer science has a reputation that is not completely accurate,” she says.

“The reality is that this is a field that is very creative, there are lots of opportunity [and] you get to work in groups and teams… those are the things that should be attractive to women.”

7. Most of your mentors will be men

As a woman in tech, it’s likely most of your mentors will be men, according to Wojcicki, purely because in most companies the leaders are still men.

“We need the men to look at their teams and say ‘Who are the women here that I can support and I can get to the next level?’” she says.

“There were men who said ‘I think you can do this job’ and sponsored me and got me to the next level … I am very grateful to them.”

8. Be prepared to ask the stupid questions

“One of the things working in tech is everybody is doing things for the first time,” Wojcicki says.

“There is a lot of firsts. You have to be prepared to ask the stupid questions, plunge in and learn.”

Wojcicki says in the tech industry you have to be constantly learning and constantly asking questions.

“That is what you have to do to be successful because things keep changing and nobody is the expert,” she says.

When she is hiring people Alba says qualifications are not the be all and end all.

“I look for common sense and people who want to collaborate,” she says.

“That for me is more important than a degree.”

Alba says she also looks for real life experience and employs people at the Honest Company who are failed entrepreneurs but they have experience and “know how to hustle”.

10. The future will be more inclusive

“Technology is changing our lives in ways that we can’t even imagine now and it’s just getting started,” Wojcicki says.

“Technology has to get more inclusive and it will, it will become mainstream. I know that will happen over time.”

This article was first published on SmartCompany. SmartCompany attended Dreamforce as a guest of Salesforce.