Key trends from the 2013 StartupSmart Top 50 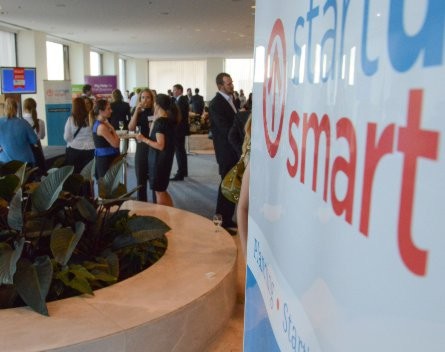 There’s no shortage of inspiring entrepreneurs in the 2013 StartupSmart Top 50, many of whom have beaten the odds to see their businesses come out on top.

If you’re looking for your next big break in business, it’s worth hearing what the current start-up trends are, whether they’re related to revenue, retail or starting up solo.

The winner of the 2012 StartupSmart Awards, Target Media, had an impressive revenue of $12.4 million.

But that figure has been blitzed by this year’s winner, 1800Approved, which has recorded a whopping $20 million in revenue despite being just four years old.

There are also more million-dollar businesses on the list this year. Last year, 27 businesses had revenue in excess of $1 million. This year, that number has jumped to 37.

Three heads are better than two, but one’s a winner

While there’s no shortage of businesses started by two entrepreneurs, trios appear to be more prominent on this year’s list.

However, of the 50 start-ups featured, almost half were started by sole founders.

Only three businesses on this year’s list are led solely by female entrepreneurs, including SCO Recruitment.

The others are Nepean Industry Edge Training and Kare Kard. Interestingly, the women behind all three businesses started up on their own; they didn’t have a co-founder.

While there are plenty of entrepreneurs on the list who were new to the world of business when they started up, there is a growing number of people who have been involved in start-ups before.

This includes the Flippa.com founders, two of whom are also part of the Wave Digital team. Flippa is featured on the list at number nine, while Wave Digital comes in at number 39.

The entrepreneurs involved in both businesses are Mark Harbottle and Matt Mickiewicz.

Harbottle and Mickiewicz are well known in the start-up world, having worked on a number of start-up projects since founding SitePoint in 1999, proving you don’t need to devote yourself to just one idea.

Born in the GFC

Like last year, a lot of businesses on this year’s list were started during a tough time: the global financial crisis. This includes Energy Intelligence, founded in 2008 by David Regenspurger.

“My wife and I lost our life savings in the collapse of Opes Prime in early 2008… Our only assets after the collapse were a few thousand dollars in the bank,” Regenspurger says.

“With no mortgage and no money, I decided to leave paid employment and step into an abyss to start my own business.

“I had nothing to lose, having already lost everything, and worked on the basis that all I had to do was bring in enough money each month to feed my family and pay the rent.”

Cashing in on the boom

In third place on the list is Primero Group, which specialises in engineering and construction for the resources industry.

“We provide engineering and construction on resource projects that are too small for our bigger competitors,” it says.

Further down the list at number 10 is Maniac Mining, which specialises in permanent recruitment and temporary labour hire for the mining and mining services industries.

“Maniac Mining are the FIFO experts. Our experience is diverse and comes from direct firsthand knowledge of construction, operational and maintenance functions,” the company says.

Despite the gloomy forecast for the retail sector, retail start-ups are fighting fit. Vinomofo, Interior Secrets and myCube Australia are just a few of the names shaking things up, whether it’s online or offline.

Other businesses worth mentioning are Ice Online and Temple & Webster.

In 37th spot on the list is Harvest Box, which offers consumers healthy snacks, delivered to their work or home.

The founders started Harvest Box because they wanted to create a business they could be proud of – a business that contributes to healthier eating choices for people at work or home.

In essence, Harvest Box aims to eliminate “calorie-laden junk-stops at the vending machine”.

Further up the list, in fourth spot, is Zwift International, which provides online solutions to independent restaurants.

“My extensive hospitality experience, combined with a strong passion for technology, resulted in a frustration that restaurants were falling behind the tech curve,” says founder Brett Chandler.

“I wanted to empower small businesses to take advantage of eCommerce.”