Kids, study and a big technology business: Why Emma Lo Russo did it all at once 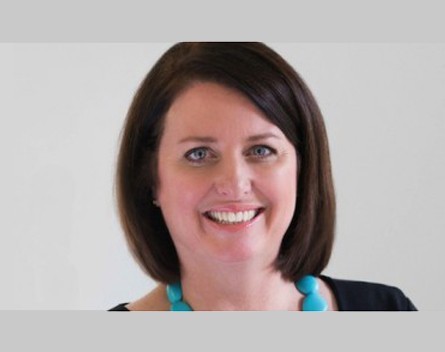 Emma Lo Russo stopped working when she had her third child. Despite being at the height of a leadership career, becoming a stay-at-home mother seemed like the right thing to do.

She became president of the local Neighborhood Watch, organised the school fete, and got busy with everything possible in the local community.

And then she realised she was bored.

“When I put the rubbish out for the third time in one day, walking past my washing hanging perfectly with colour-matched pegs, I thought, ‘This is insane. I’m so bored. I don’t want to do this and I’m driving everyone else insane!”

Now the founding director and CEO of Digivizer, a data company monitoring social media activity for large clients, Lo Russo sees her short stint at home as a positive lesson.

“It was the best thing that could have happened because I realised I could give myself permission to work without guilt. I realised I’m a better wife, a better mother and just a happier person if I’m working.”

Lo Russo’s been working in leadership positions since the age of 19 when she left an advertising agency to start in the marketing team at Macquarie Bank. She was labelled the ‘next big thing’ and youngest manager after quickly taking on a team and major project at the time, having realised that to be successful at a place like Macquarie, you had to prove your contribution to the bottom line.

She saw her potential and capacity as a leader before most people even finish university, and went on to run major teams at the State Bank then MBS and later as the General Manager of a commercial printing company.

Looking to get out of the house after her third child, she found an opportunity just 11 minutes from home on Sydney’s Northern Beaches. Starting in a marketing management role with the ASX-listed software company Altium, she was promoted to COO within six months, and later became President and COO, meaning she ran the local business and reported directly to the founder and the board.

It was, what she calls, a very ‘clever organisation’, with more than 200 developers, many with double science/maths degrees and representing the top 1% of university graduates. It was also her big entry into the world of technology, global markets and the power of innovation.

But while Lo Russo led major international projects at Altium, including opening its China division, she had an entrepreneurial niggle. “Throughout my career I’d been driving strategy and P&L, I’d been innovative and entrepreneurial yet always reporting to someone,” she says. “So in my late thirties, I realised it probably has to be now or never. I was still young enough to be able to do it and step back into the corporate world if necessary.”

To further mitigate the risk, she started an MBA and developed a coaching and leadership consultancy on the side. The MBA was to strengthen her discipline, build her local network and further developer her strategic skills. The coaching business was to support a passion.

Lo Russo reconnected with the first person she hired at Macquarie, Clinton Larson, a data analytics specialist and former COO of Memetrics. Together they started Digivizer five years ago, in order to jump ahead of the moving trend towards more affordable and faster mobile technology and using social platforms for driving insights. “It was the move away from the desktop that I knew was where I wanted to create something,” she says. “All organisations are looking to acquire customers, or cross sell to customers, retain customers or drive more loyalty. That requires them to know their people. Their business is people, social is about people. We provided the insights based on how people engage.”

Now in their fifth year, with 29 staff and boasting a line-up of large corporates covering everyone from Telstra to Intel and ANZ, Lo Russo can comfortably say the risk paid off. “It did involve leaving a safe, very comfortable and highly paid corporate role to being a team of two,” she says. Starting a business that was way ahead of the curve in terms of where organisations were spending their budgets also required long sales cycles, extensive thought leadership and consultancy work.

Lo Russo says she shifted her thinking from being a leader, to a “leader of leaders” about ten years ago, something that’s ultimately helped her build successful teams and cultures. Her recruitment strategy is simple: “Find great, smart people who get things done and aren’t arseholes,” she says.

Building two business, studying and raising three kids, she developed an extremely disciplined routine. Lo Russo is up every morning around 4am. She works until 7am, gets the kids up and drops them at school. In the office by 9:30am, she works until dinner before spending time with the family, and getting back to bed for around five hours sleep. When she was studying, she’d spend every Sunday at the library.

However, she does take plenty of time off, even uprooting the entire family at one point to travel all around Australia. “The thing I’ve learnt is there’s no right way or wrong way to parent. It adapts depending on who you are, how many kids you have, what support you have, everything,” she says.

“I’m not saying I’ve got it right, but I’ve put a number of different models to practice and my conclusion is this: Keep changing it until it makes you happy.”