Kids these days: Why Gen Y workers are really leaving your business 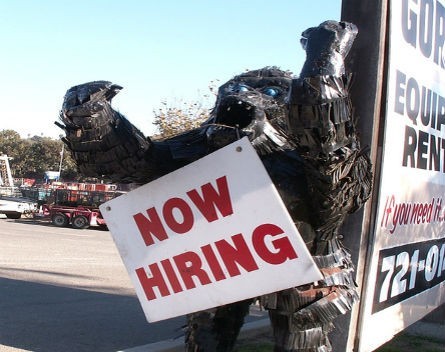 Recently, some business owners have begun fretting over why their Gen Y employees are leaving their business. So why are the Y’s going? Your humble correspondent has the answer.

The first person is a 34-year-old accountant with two kids, one aged nine and one aged seven, and a mortgaged house in suburbia. A child of the Reagan era, this accountant was 18 when she got her first phone in 1998 and was 14 when her family got their first 486 PC back in 1994. She did not have dial-up internet until she was studying year 12 in 1998.

The second person is a 22-year-old five months into his first full-time job. Little tyke scored a graduate position straight out of uni. Wearing a business suit to work every day still feels strange to him, like he’s a kid playing dress-up rather than a full grown-up. With few responsibilities and a full-time wage, there are plans of long, overseas holidays on the horizon.

The third person to consider is an 18-year-old first-year uni student. Born in 1996, this student wasn’t even born when the Berlin Wall fell. She recently protested the higher education reforms and works part-time as a manager in a local fast food joint. Google was founded in 1998, and our 18-year-old cannot remember life without it.

The fourth person to consider is a 14-year-old high-school-student. He is only a few years older than our 34-year-old accountant’s oldest child. The kid was one-year-old when September 11 happened, and cannot remember life without ubiquitous mobiles and broadband. He doesn’t know what a Walkman is and has never seen a Super Nintendo – it was obsolete before he was born!

What do these four people have in common? They’re all born between 1980 and 2000, which makes them all members of Gen Y. That’s despite a tremendous gap in when they first encountered broadband and mobile, or where they are at in their careers.

So have you hired a Gen Y? Want to keep them? Don’t want to place those Seek ads again?

Old Taskmaster says the answer is simple. Don’t think of them as Gen Y! The age bracket is far too broad to be meaningful! If anything, think of them in terms of people who want career opportunities and rewarding work for good pay!

Like every other generation in history, young people with few commitments are more mobile in terms of their career than people weighed down with mortgages and careers. The great thing is that Gen Y’s will grow out of it.

Then they’ll start penning grumpy pieces about how lazy and listless Gen Z is and how their wanderlust is the downfall of civilisation in op-ed pieces written to an imagined audience of middle aged Gen Y’s.

So stop thinking about staff in terms of generations – think of them as people – and get off my lawn!