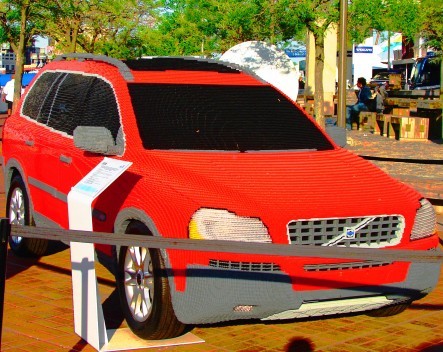 An ambitious plan to bring a young hardware hacker and his air-powered car made entirely of Lego from Romania to the Melbourne start-up scene is set to take flight with a sponsor found and visas granted.

The brainchild of serial entrepreneur Steve Sammartino, the plan had stalled after taking longer and costing more than anticipated.

Sammartino spoke to StartupSmart last month about their quest to find a “Silk Road patron” to fund the final trip of Raul Oaida and the vehicle.

The patron has been found, with Sammartino tweeting last night that the project, called the Super Awesome Micro Project, is now only two weeks away from launching in Australia.

In September, Sammartino said the event would be important to inspire the local start-up scene to go for big goals.

“This project is so we show the world the Australian start-up industry can match it with anyone. We can go beyond the keyboard, we can make real things via the internet and opportunities that didn’t exist before,” Sammartino says.

“This is a gift to the start-up community. When people all over the world can see the car and the kid, and get amazed by the video, everyone can know the Australian scene is amazing.”