As CEO exits, Reddit finds to its cost that even unpaid workers can go on strike 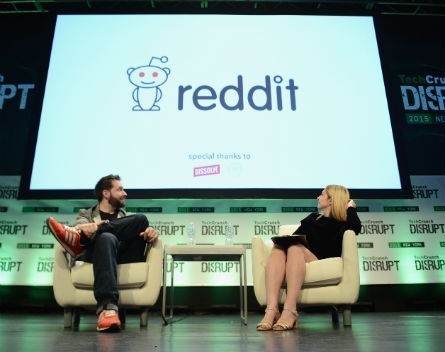 The volunteer moderators that run the boards at Reddit, an online community built of thousands of themed discussion groups, recently staged an uprising against the firm’s management. That this uprising ultimately claimed the scalp of Reddit chief exec Ellen Pao says much about how the world of work is changing, particularly the challenges of managing relationships between paid and unpaid workers in an increasingly virtual workplace.

To recap: Victoria Taylor, a member of Reddit’s staff who worked with moderators to help them run the popular Ask Me Anything (AMA) discussions was sacked by management. The moderators, who liked Taylor and regarded her as an important advocate, were furious. Many shut down their boards and demanded her reinstatement and apologies. When none were forthcoming, a petition demanding Pao’s resignation was signed by 200,000 people, more moderators shut more boards, and AMA-geddon ensued. It took a week for management to apologise, but the rot had already set in.

Worker frustration and disputes that result in forms of organised industrial action such as strikes, go-slows, even sabotage, are as old as waged labour. The powerlessness and alienation of the industrial worker were well documented by Karl Marx back in 1887, and generations of sociologists have explored the relationship between control and resistance in the workplace. But soulless, alienating production line work or even long, low-paid hours in a call centre seem a world away from the creative web-enabled knowledge work of Reddit’s unpaid editors and moderators.

Many of them will be working from home or the local coffee shop, choosing the hours they dedicate to “mod” work, perhaps juggling it with online gaming, freelance software development, or maybe a PhD in bioethics. Nevertheless, the important point is that they are workers even if they are unpaid, and as such organisational structures and relationships are important to their experiences of work.

The value of free

Reddit’s reliance on the work of unpaid mods became all too apparent once they had withdrawn their labour, forcing the site to offer a restricted service. For Reddit’s senior staff this isn’t just an unfortunate moment in the company’s labour relations history. It has an impact on their bottom line, reducing the all-important advertising income that comes from page views. It might also lead to the loss of members to competitors such as Voat. This financial leverage gives the Reddit volunteers power over their “employer”, while the lack of contractual relationship reduces management’s control over them.

Website moderators are a relatively new occupational group but their recent display of worker resistance suggests that web-based organisations operating virtual networks of paid and unpaid staff need to better understand their workers. They could start by asking some fundamental questions about motivation – what are the moderators getting from their work? Research on volunteers in charities that assumptions about the rewards of altruism are far too simplistic. The example of the Reddit mods and other unpaid workers on the web suggest that motivations for unpaid work are diverse and complex.

More useful understandings are provided by the “hacker ethnography” of writers like Chris Kelty and Eric Raymond. Both explore the question of why hackers write open source software for free, describing how individuals compete for prestige, recognition and reputation among their collective group of peers by giving away their labour.

For Reddit moderators we might speculate about the social capital and resources that come with the work of maintaining such a busy online virtual community, similar to that of blogging communities (for example, parenting bloggers), which provides some explanation for their huge investment of labour. Potentially this unpaid work is also a pathway into paid work, an imaginative response to inflexible working patterns or a creative sideline to a dull nine-to-five.

The Reddit rebellion has shown that employers cannot rely upon unpaid workers to offer their labour passively. Even without union representation the global reach of the marketplace in which Reddit operates makes industrial unrest highly visible, and its effects immediate with potentially serious consequences in terms of loss of audience and revenue.

It seems that in some situations volunteers may be a great untapped source of industrial activism. Perhaps more so than paid workers due to the ineffectiveness of the threat of financial sanction to moderators in a virtual economy where their skills are in demand. Through its public apology and the loss of its chief exec, Reddit’s management are, belatedly, realising this.