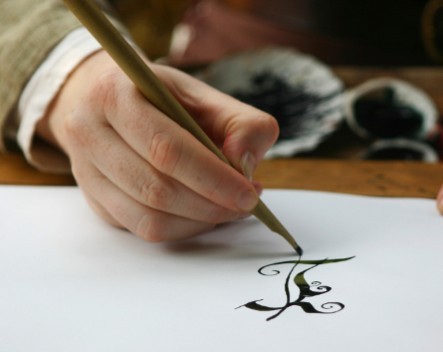 An Australian startup is looking to help office workers write cleaner, sharper documents and in doing so boost productivity in the workplace.

Credosity, the brainchild of Magneto Communications, is a virtual writing coach for Microsoft Word. Co-founder Petrina Buckley told StartupSmart the idea for the software came from the desire to create a tool that will help people write more effectively.

“Credosity will not only give simple, visual feedback on the readability and professionalism of your Microsoft Office documents, but also use interactive eLearning to teach the principles behind its suggestions,” she says.

Buckley says one in three employees could write better, saving both themselves and their boss time by not having to go back and rework draft letters and other documents.

“People spend up to 75% of their week writing, so the cost to business is huge,” she says. “It includes inefficiencies, lost sales and degraded brand image and reputation.”

Buckley and the team hope to utilise their experience at Magneto Communications – which has involved combining copywriting psychology with business writing – and apply that to Credosity.

“Good writing is not just about getting the spelling and grammar right,” she says. “It is about the thinking behind your communication.”

The reason for pairing the software with Microsoft Office came down to research and common sense, says Buckley.

“Microsoft office has 95% market share so it was a logical step as to how to add the most value in a corporate environment,” she says.

The startup is currently undertaking private beta testing. Buckley says they have been lucky enough to have key clients that have been involved from the start in order to provide them with important feedback.

“It’s a massive journey to do enterprise software,” she says. “We know from our experience with Magneto just how important it is to create something that hits the mark and is professional when it is going into the enterprise space.”

Buckley is one of three co-founders and says the right partnership can make or break a startup.

“We just have a really nice match of skills and that’s what allowed us to bootstrap,” she says. “When you get that little mix of skills so right that, between us, we can pick up most things because someone has done it before or learnt from a mistake, that’s really valuable.”

Buckley and her two other co-founders have received support from the Microsoft Innovation Centre in Brisbane for about a year, although they have not worked on Credosity for all of that time.

“Microsoft Innovation Centre and Microsoft have been really helpful,” says Buckley. “Just being in the Microsoft protégé program has given us great internal support and helped us build a robust marketing plan.”

Buckley says Credosity has just received a Commercialisation Australia grant and is in discussions with a potential investor. Her advice to fellow entrepreneurs would be to constantly ask how to improve.