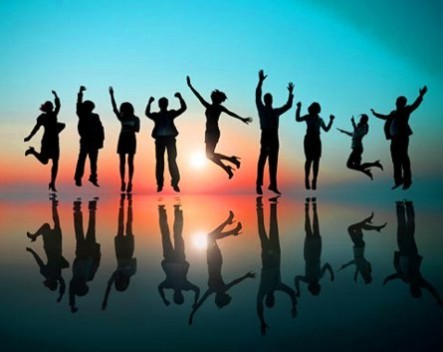 The best kind of employee is one that goes that extra step to seek you out; even if that means hijacking your company Christmas party.

A couple of years ago, we posted a task for someone to help run our staff Christmas party. For those not familiar with Airtasker, it’s an online marketplace for tasks and odd jobs. We were offering $100 for somebody to serve drinks and clean up the space after we were done.

One of the workers who took the job had an ulterior motive. He was looking to meet both of us to learn more about the company and determine whether it would be a good fit. Then, towards the end of the party, he pulled out his phone and showed us an alternate mobile responsive web app that he had built in his own time – and told us he was keen for a job as a developer.

He was a strong web developer with the qualifications and the skills for the role so we pretty much hired him straight away.

We’ve found that hiring people who proactively go out of their way to demonstrate how much they want to be part of our team is a great way to build a team. You can’t put a price on a motivated team player. So, over the past couple of years we’ve been working to expand upon this — finding ways to attract the best talent rather than seeking it out “just in time”.

We’ve found that it boils down to building and maintaining a great culture. It’s the secret ingredient that not only attracts candidates but also makes them want to stay and work hard after they have been hired.

We learned this the hard way, paying little mind to the culture of our company when we first started Airtasker and in hindsight this was a big mistake.

We thought everything would fall into place as long as we kept meeting our targets and goals so we focused on building the company rather than the team. However, this often meant we asked too much of our team and as a result their commitment to the cause started to wane. We’ve since turned this around, but it took more than a few team meetings.

As part of this push to restore our company culture, we implemented a policy around company transparency. We now share as much data as we can about the business with all of our staff and hold regular meetings to keep them in touch with the company’s real progress. We’ve found that the more our staff know about the company, the more they take ownership of it and align with the goals of the business

3. Take it out of the office

As part of this renewed culture we also started holding 2-3 day off-site “conferences” (we call them Air-Cons) as a way to get people talking in a fun environment without the day-to-day distractions of emails and meetings.

For instance, we’ll hire out a house in the Blue Mountains to go live and work up there for a couple of days. We’ll try to focus on a big task at hand and have found that people are much more productive in terms of working through problems when they can dedicate their complete mind-space to a specific challenge at hand. It’s obviously also great for team bonding.

4. Learn the value of coffee catch-ups

But perhaps most importantly, I’ve started setting aside more and more time to just chat with our staff. I catch up with each team member for a coffee every month and just talk with them to gauge what’s going on in their lives and how they’re feeling about the company and its future direction. As a manager and a colleague, these little chats are perhaps the most valuable tool in navigating and nurturing company culture.

We’ve been dabbling with the idea of employee share schemes as a means to incentivise our staff. A few are now asking if they could sacrifice a larger portion of their salary in return for more employee shares in Airtasker.

It’s this kind of commitment from your staff that goes beyond what you pay them. We saw it at that Christmas Party and now after plenty of work building the culture, we’re seeing it pay dividends within the company.

Jonathan Lui is the co-founder and COO of Airtasker