Gold Coast startup to bring instant messaging to the workplace 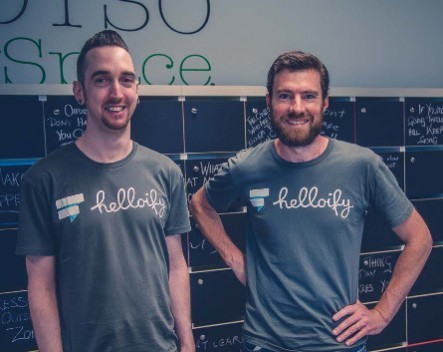 Now, an Australian startup is hoping to shake up the way employees communicate with customers and each other in the workplace.

Helloify, a startup based on the Gold Coast, is launching its messaging app today with the aim of allowing enterprises to boost their efficiency by leveraging instant team chat software.

The startup allows businesses to install a widget on their website so people can send live messages or register a mobile number to have customers text them. All messages come through the multi-platform app and team members can then read and reply to them accordingly.

Co-founder Dan Norris told StartupSmart Helloify will allow customers and staff of a business to access the same level of efficiency that consumers get from instant messaging.

“The behaviour of people is changing now,” he says.

“[With] email, people will send something long and detailed and not expect a reply straight away.

“It’s much more efficient to message now – especially with mobile.”

Norris says with the advent of apps like WhatsApp, people are used to instant messaging rather than sending emails and waiting for a reply.

“I don’t email my friends… but it wasn’t long ago that people were emailing their friends,” he says.

“Now people’s phone notifications are going off all the time and they have a natural way of managing that. People really like getting that immediate response.”

Helloify is available as a web app and a native app on Windows, Mac, iPhone and Android. Norris says it might be hard to change people’s behaviour from sending emails to sending instant messages, but that is what the startup will be focusing on.

“The first couple of months we are going to be focusing on existing customers and working out what exactly they need.”