Incentivise learning or get swept away, says Neo’s David Bland 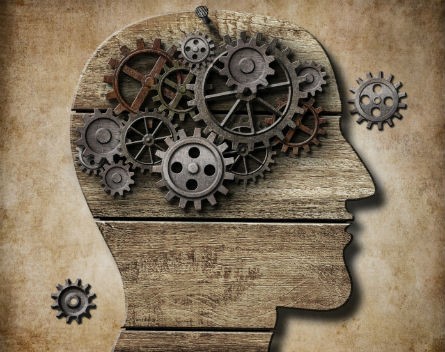 Companies need to incentivise learning in all aspects of operation to avoid meeting the same fate as the likes of Blockbuster and Blackberry, principal adviser at Neo David Bland says.

Speaking at the Lean15 conference in Wellington, New Zealand, the Silicon Valley-based management consultant says businesses, from large corporations to startups, that aren’t continually placing an emphasis on learning will be swept away by the next batch of disruptive companies.

“We’re not incentivised for learning. We incentivise people for completing tasks and hitting deadlines,” Bland says. “We can’t keep working this way.”

“If not you have this sense of security and that gets stripped away from you.

He cites Blockbuster and Blackberry as examples of companies who didn’t try to learn about the new trends or how the market was interacting with their products, and as a consequence were eventually overtaken by startups that were trying new things, like Uber or Apple.

“Blockbuster at the beginning was actually a pretty decent experience,” Bland says.

“But the revenues fell off in the space of two years. This is what corporations look like when they don’t see disruption coming. They had something that worked, they had a monopoly, then they were crushed.”

These traditional companies boasted high retention of customers because there was no competition, but a low level of customer satisfaction, meaning they were ripe for disruption.

Learning needs to be incorporated and emphasised at every stage of a company’s life.

“The core of the lean startup method is that learning comes first,” Bland says.

A primary aspect of this is making a minimum viable product that allows you to gain information and feedback from the market, Bland says.

“Start with learning, don’t start with build,” he says.

“Everything in corporations starts with build. If you’re really going to change how you work, start with learning.”

It’s important that the MVPs are launched in the market quickly, before it’s perfect, something that many older companies don’t do, Bland says.

Startups that go through this process quicker than the pack will come out in front, Bland says.

“If you can get through that loop faster than the competition then you are no longer reactive to them, they become reactive to you,” he says.

The MVP should instead be about learning not scaling, Bland says, especially in terms of how the customers interact with the product.

“Disruptive innovation always looks like a toy,” he says.

“You decide what’s the minimum, and the market decides what’s viable.

“If you can’t understand why your customers are passionate, you’re done.”

There’s no point placing a focus on learning from customers unless the startup is incentivising learning within the whole team as well, Bland says.

“You have to incentivise workers to collaborate and learn,” he says.

“The design of the organisation is the challenge. If you can’t incentivise to learn and help people collaborate there’s no way this will work.”

Bland says success comes down to whether the leadership team embraces change as well.

He points to a Peter Drucker quote: “the bottleneck is always at the top of a bottle”.

“It starts with the leaders, and that’s the biggest challenge,” Bland says.

“It starts with you. None of this will stick unless you can truly empower your team.”