Mental health issues still prevalent in the workplace: how can startups tackle the stigma? 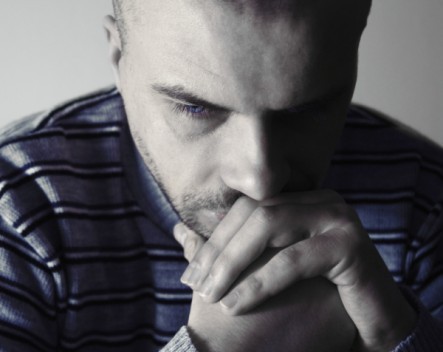 Research released this week by the Diversity Council of Australia has found the stigma surrounding mental health is still prevalent in the workplace, despite many employers taking steps to tackle the issue head-on.

The survey found while 86% of businesses have carried out initiatives to address mental health in the workplace, the same amount of organisations report that mental health issues at work were common or very common.

Australian tech startups are not exempt, with entrepreneurs describing mental health as the “black dog in the room” for the startup community. Long hours, financial pressure, isolation and fear of failure can be the unfortunate downsides to working on a startup – all of which have the potential to exacerbate mental health issues.

“It’s something we need to discuss,” he says.

“The subject is something that has not been spoken about and in the US there has been about three or four known instances of founders committing suicide so it’s something we should talk about here.”

Bogoda says meetups like Silicon Beach Drinks are important because they provide entrepreneurs the opportunity to get away from the computer and meet people are going through similar things.

“Meet-ups like ours are in a position to bring up the subject [of mental health] and implement appropriate measures,” he says.

“The culture of hackathons can be mentally and physically draining – you come in on a Friday evening and hardly get any sleep by Monday. It’s in the culture of startups, but I don’t know how effective the message is that you should work like that.”

However, there is good news. Bogoda is quick to acknowledge that people are beginning to have conversations about startups and mental health and questioning whether practices that have been in place for a long time are ultimately good for people’s wellbeing.

“People are now talking about doing exercise, meditation and mindfulness exercises to boost productivity,” he says.

One Australian tech startup that is tackling the issue of mental health head-on is TalkLife, a global social network that allows young people to discuss issues such as depression and receive support from their peers. The startup has grown rapidly since launching in 2012, with around 105,000 users worldwide.

Founder Jamie Druitt told StartupSmart startups can be hotbeds for mental health issues; however, it doesn’t need to be this way.

“I think clear communication is critical and understanding the expectations in other co-founders,” he says.

“If you are on your own, that’s where accelerators are beautiful because you can come in and you do have the support of other founders around you.”

Druitt says people’s attitudes to mental health can slowly change by entrepreneurs recognising they may fail and for the media to give ample air-time to stories of failure.

“A lot of people talk about the success stories but not a lot of people are talking about the failure stories. It gives you a much clearer understanding that you may fail or you may come out the other side. We do make it out that we are invincible.”

Druitt says around 9000 people log on to TalkLife each day and the startup is working with a Harvard and MIT research teams to investigate how data can be used to predict high-risk mental health episodes in young people.