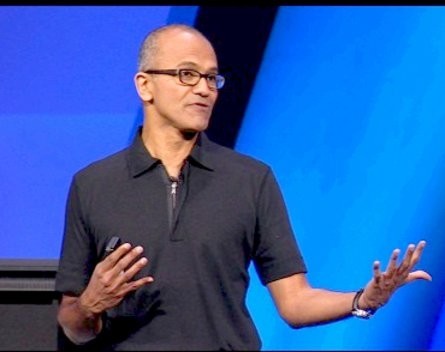 Microsoft chief executive Satya Nadella’s excruciating gaffe that women should not ask for a raise but trust in “karma” that they would be rewarded eventually has been met with widespread condemnation. He made the statement, ironically enough, during an interview at the Grace Hopper Celebration of Women in Computing conference.

The conference , dedicated to women in technology, had a largely female audience who were confounded when Nadella gave his advice. The statement was met with an instant reaction on social media and Nadella, realising the seriousness of his mistake, issued a retraction saying that his answer to the question on whether women should ask for a pay raise was “completely wrong”.

Nadella’s statement is completely wrong for a whole host of reasons but in particular, it highlighted the fact that he seemed completely unaware of the context of the question given that Microsoft’s workforce is made up of just 29% women. When looking at the high status tech jobs at Microsoft, that number drops to 17%.

Nadella also seemed unaware that the 17% of the female tech work force at Microsoft are likely to be paid salaries of around 87% the salaries of men.

Of course, when you take merit-based bonuses into account, the gender pay gap is even greater, as women receive bonuses that are half the size of men’s.

He must have been unaware of these facts, because if he was aware of them, how could he possibly have thought that a woman’s silence would result in the “right thing” happening?

For Nadella, a 22 year veteran of Microsoft it is perhaps not surprising that he would have been unaware of the reality of being female and working at the company. The truth of the matter is that he may rarely have encountered women in his day-to-day job other than those employed in non-technical roles.

As CEO of the company however, it is particularly revealing that he would have been insensitive to the challenges women face in that working environment. His statements perhaps point to the limitations of his abilities and will now remain as the “elephant in the room” when he is trying to navigate Microsoft from being relegated into irrelevance by its stronger rivals, Apple and Google.

At the very least, Nadella joins the ranks of other CEOs who have made similarly public missteps, three of whom lost their jobs as a result:

The fact that a CEO can lose their job over a single statement reflects the nature of the job. The perceived importance of the CEO to a company’s performance is highly debated, especially when it is framed in terms of how much pay they are worth. However, the consensus is that CEOs have little impact on the overall performance of a company.

Nadella comes as a novice to the job of chief executive and his turn in this position follows on from a long reign of the founders running the company.

A chief executive’s main role however is to present the public face of the company and to inspire the market and their customers as a visionary. Perhaps we should have expected less of Nadella given that his first email to Microsoft employees encapsulated this vision as Microsoft enabling people to “do more” and that staff should “believe in the impossible”. Presumably the latter was aimed at female staff wanting equal representation and pay at the company.