“That’s not the Amazon I know”: Jeff Bezos says company has culture of caring 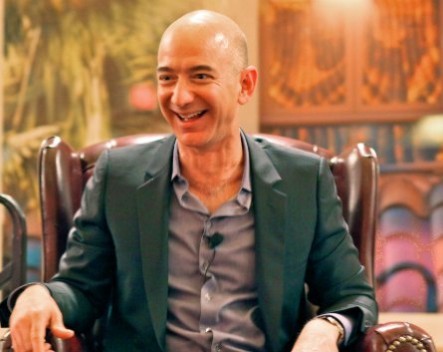 Amazon CEO Jeff Bezos has responded to the New York Times’ highly critical piece on the company’s workplace conditions and culture, saying it isn’t the Amazon he knows, and he himself would leave a company that operated in the way described.

The article details a brutal, pitiless working environment with annual firings, poor treatment of ill employees and a culture of back-stabbing.

Although it kept quiet during the six months it took Jodi Kantor and David Streitfeld to write the piece and blocked top leaders from being interviewed, it seems Amazon is now on the offensive after the wide exposure the article has received.

GeekWire reports, Bezos sent a memo around to employees over the weekend, encouraging them to read the NYT piece as well as a response by a current employee.

“The article doesn’t describe the Amazon I know or the caring Amazonians I work with every day,” Bezos says in the memo to staff.

“But if you know of any stories like those reported, I want you to escalate to HR.

“I strongly believe that anyone working in a company that really is like the one described in the NYT would be crazy to stay. I know I would leave such a company.”

The New York Times has also written a follow-up piece after Bezos’ email.

“Amazon declined a request to interview Mr Bezos for the original article, but made several executives available,” the piece says.

“Overall, the Times interviewed over 100 current and former Amazon employees, including many who spoke on the record and some who requested anonymity because they had signed agreements saying they would not speak to the press.”