Why Facebook is rolling out four months of paid parental leave for more than 10,000 employees worldwide 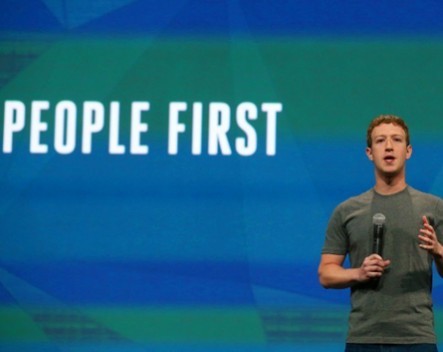 Facebook will offer four months of paid parental leave for all full-time employees in a bid to support new parents and make the social media giant an employer of choice.

The company says the new paid parental leave policy will primarily affect new fathers and people in same-sex relationships outside the US, given US employees already had access to four months of baby leave.

The announcement comes just days after founder Mark Zuckerberg announced he will be taking two months off work when his first child is born.

Lori Goler, vice president of people at Facebook, said in a statement she is proud of the company’s new parental leave policy.

“In reviewing our parental leave policies, we have decided to make this change because it’s the right thing to do for our people and their families,” Goler said.

“Studies show that when working parents take time to be with their newborns, outcomes are better for the children and families.

“For too long, paid baby leave has been granted only to a mother who is giving birth. We believe that fathers and mothers alike deserve the same level of support when they are starting and growing a family,regardless of how they define family.”

Goler cited research that shows almost half of fathers are worried they don’t spend enough time with their children.

The parental leave will be able to be taken at any point up to 12 months after an employee’s baby is born or adopted.

“Starting on January 1, 2016, all new dads and same-sex partners at Facebook will receive four months of paid leave to bond with a new baby, whether they are the primary caregiver or not,” Goler said.

“All new parents in all of our offices worldwide, including those who had or adopted a baby in 2015 and were Facebook employees at the time, will be eligible.”

A number of big companies have rolled out additional paid parental leave policies this year in a bid to make themselves attractive employers.

For example, in August video-streaming giant Netflix announced it is giving employees unlimited maternity and paternity leave during the first year of a child’s birth or adoption.

Meanwhile, in June, Virgin founder Richard Branson revealed he is giving staff in his London and Geneva offices 12 months of paid parental leave.

“By doing that and providing that parental leave, it allows them to keep people after they have those babies,” Watts says.

“It’s better [financially] for those people to come back than start somewhere new.”

While Watts points out most small businesses would not be able to afford four months of paid parental leave for their employees, he says there are other things smaller companies can do to make their workplace attractive to new parents.

“Flexibility is the biggest one,” he says.

“Work doesn’t need to be done from nine-to-five. When you’re a new parent you spend a lot of time awake at night. So if businesses are open to it and it is outcome-focused, flexibility is key.