“Workers cry at their desks”: Survival of the fittest in the Amazon jungle 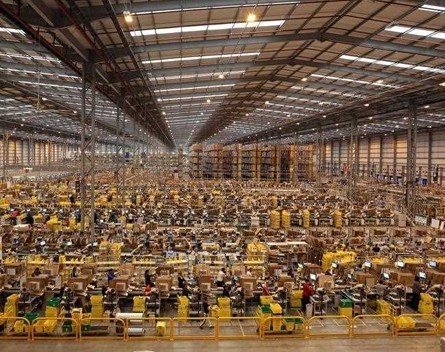 The New York Times published an expansive, highly critical article about the working conditions and culture in Amazon over the weekend.

The piece, which the Times says took writers Jodi Kantor and David Streitfeld six months to complete, details the “little-known experiment” Amazon is undertaking to see “how far it can push white-collar workers, redrawing the boundaries of what is acceptable”.

It’s based around Amazon’s data-driven management techniques pioneered by CEO Jeff Bezos, including the 14 leadership principles, a policy of “tearing apart” each other’s ideas, its “pattern of burn and churn”, and an entirely non-existent work-life balance.

Former employee Bo Olsen says he saw nearly every person he worked with “cry at their desk”, as Amazon is described as “where overachievers go to feel bad about themselves”.

It also details numerous examples of the company treating employees with serious medical conditions unfairly, how its workplace techniques worsen the gender gap and its lack of maternity leave.

Amazon head of infrastructure development and recruiter Nick Ciubotariu was not too happy with the article, and published a reply on LinkedIn, arguing the NYT’s story is “biased” and based on “half-truths”.

But as Re/code reports, many in Silicon Valley seem to think the article depicts Amazon as a great place to work.