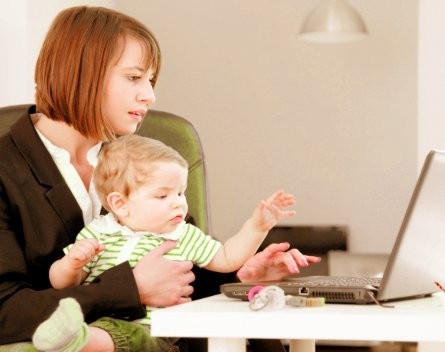 Small businesses are more likely than large companies to hire and value working mothers, according to a new research.

The study, conducted by workspace provider Negus, found 52% of small businesses were planning on hiring working mums in comparison to 43% for larger companies.

Smaller businesses were also found to value working mothers more than large corporations. Seventy-four per cent of small companies said they valued working mothers, while 66% of large companies agreed with this.

Our HR Company managing director Margaret Harrison told SmartCompany she has noticed an increasing trend towards flexibility for working mothers in both small and larger companies. However, small business owners are often more flexible with staff due to the structure of their business.

“Smaller companies really value people who can be much more flexible,” she says. “You can work around people much more easily.”

Harrison says this is because in a small team, everyone is much more likely to know one another and empathise with their work-life situation.

“Everybody cares about your kids and it’s easy to get to know people,” she says. “And that always helps. I also don’t think there’s an entrenched maleness in smaller companies.”

Often small businesses need people to work part-time or on a casual contract, and Harrison says mothers who want to juggle a career with looking after their children are perfect for this.

“As a business owner myself I often need somebody who can work on a contractual basis. So there’s a fair amount of flexibility to accommodate working mothers.”

Harrison also points out small businesses are more likely to encourage mothers to come back to work after maternity leave because they value knowledge-retention. Small business owners are often time-poor, and it takes time to train someone who is coming into the business for the first time.

The Regus study found Sydney was the strongest market for mothers looking to return to work, followed closely by Melbourne and Brisbane.

Meghann Ashby, sales and marketing director at Regus, said in a statement it is time for Australian companies to adapt their business practices to better suit working mothers.

“Businesses need to embrace mothers returning to work,” she said. “The evidence is clear that they bring key skills to the workplace.”