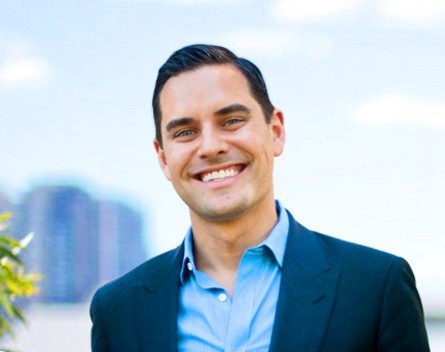 Governments need to do away with corporate welfare to fading industries in favour of supporting the entrepreneurs that are creating the jobs of the future, NSW MP Alex Greenwich says.

The independent member for Sydney says there needs to be more of a focus on startups and diversity needs to be at the forefront of any political discussions about job creation.

“My concern is that all too often governments focus on industries of the past,” Greenwich says. “They offer assistance to industries or jobs that are becoming potentially obsolete with automation.”

“We need to be doing more to focus on the new economy, on giving support to digital innovation and entrepreneurship.”

To try to ensure this, Greenwich has drafted amendments to the NSW government’s Jobs for NSW Bill 2015.

The bill aims to create jobs through incentives and the establishment of a seven-person panel to provide strategic advice to the government.

The amendments drafted by Greenwich relate to this panel. They state that the members of this panel must have “demonstrated commercial acumen and knowledge of, and senior business experience in, growing jobs and improving industry competitiveness”.

They also say that at least one member must have “expert knowledge of digital innovation and digital entrepreneurship” and three members must be women.

“With these amendments I’ve sought to make sure that the board has a focus on supporting startups and identifying where they can help,” Greenwich says.

The jobs of the future

The amendments were introduced in the NSW Parliament yesterday, and Greenwich says he has received positive feedback that both clauses will be accepted.

He points to a recent report that predicts the disappearance of an estimated five million Australia jobs over the next ten to 20 years due to technological advancements as evidence for the need to focus on innovation and entrepreneurship.

A lack of diversity is also a constant problem in the tech startup world, and Greenwich also wants governments to work towards equality in this sector, and the workforce in general.

“It was concerning for me that the minister’s introductory speech didn’t talk about female participation at all,” he says.

“I’m glad to be able to reframe the debate and ensure Jobs for NSW will have women on the panel, it won’t just be jobs for the boys.”

“We need to be ensuring that we are giving proper support to women from the ground up, from education,” Greenwich says.

“We know that they do want to participate, so we need to be withdrawing the hurdles and boundaries and doing what we can to end the jobs for boys culture.”

Friends of the Internet

Greenwich’s contribution comes as various politicians are slowly beginning to turn their attention to innovation and startups.

The Parliamentary Friends of the Internet is the brainchild of Internet Australia and aims to be a “vehicle for informed debate and knowledge transfer between our elected representatives, industry and consumers”.

“We have called on our politicians to work together, along with industry leaders, trade unions and academics, to find an agreed path to our digital future.”