One of the worst things you can do in business and in life, and we do it all the time 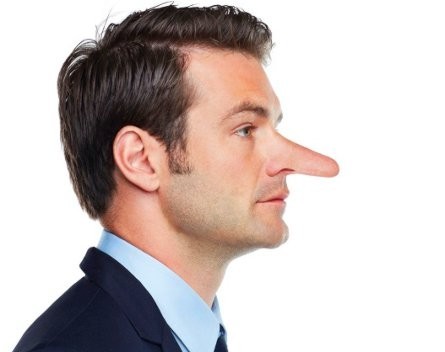 I caught up with one of our investors in Auckland a few weeks ago – Peter, a wise chap who’s had a lot of success.

Our conversation drifted from a company update to general advice and on to a deep discussion about life itself. This gentleman has everything: high-performing investments, a great family, many friends and an awesome lifestyle in New Zealand.

So I asked him, what’s the secret?

I expected a reply like “never give up”, or some other standard, bumper-sticker answer. What he said took me off guard.

“The most important key to success in business and life is to never, ever, ever tell a lie.”

Wow. That took me a couple of minutes to process; I’d never thought of honesty like this.

As a child, I learned that telling lies was bad. To be good, I should tell the truth. As an adult, I don’t tell outright lies but there are times when I’ve been guilty of exaggerating or omitting facts for my own advantage.

I’d only ever thought about honesty as bad versus good. Peter views honesty as the access to ultimate power.

The same study found that 40% of people lied on their resumes and a whopping 90% of people looking for a date online lie in their profile. The study didn’t investigate the number of lies told by entrepreneurs looking for investment, but it would be interesting.

Peter asks the same two questions after every pitch he sees. “What is your customer delight story?” and, “What’s the lie in what you just told me?” He says there’s always one, and as soon as the entrepreneur admits it and opens up with the truth, they can start managing what to do next.

Some lies are big and others small. Children lie to avoid punishment or impress other kids in the playground. Adults can lie to gain respect, like a former intern who told an employer he’d worked with us as a “research assistant”.

People lie to stave off the consequences of making a mistake or to spare someone’s feelings. Their heart may be in the right place, but they’re still telling a lie.

Peter thinks telling lies is the number one reason why entrepreneurs fail. Not because telling lies makes you a bad person, but because the act of lying takes you out of the present moment and prevents you from facing the truth about your business.

Every time you exaggerate a metric, under-report a cost, or are less than transparent with your team, you create a false reality, and start living in it. In that moment when you tell a lie, you know the right action and chose another.

You separate yourself from what is happening around you, lose control of the situation and soon focus on managing the fallout from the lie. I know people who appear to spend their entire careers inflating the truth and fighting to meet the expectations they’ve set.

Peter’s philosophy is based on Buddhist teachings: The present is a more peaceful, creative and productive place from which to operate. Everyone knows the right actions to take; by having the confidence to accept your surroundings you can make right decisions and be open to opportunities that come your way.

Our conversation inspired me to test the theory over the past couple of months. I’ve focused on telling the absolute truth all the time and being ultra-transparent even when I didn’t need to be. It wasn’t easy but I have to say it transformed my sense of peace, and coincided with the company’s most productive period yet. Coincidence?

Two weeks ago, I experienced the dark side of dishonesty. I’ve been involved in a charity organisation for a few years now. We do a lot of great work in the community, but as a group we’ve always floundered, and our projects never reach their potential. We’ve had a stream of difficult people in the organisation but I couldn’t identify the root cause of the problem.

Then it struck me: I discovered a senior member of the organisation lying. Not a whopper, just insignificant tales about why someone couldn’t make a meeting, why emails hadn’t been read, why he was late and so on. When I confronted him, he immediately admitted them, justifying his actions by saying they avoided irritating consequences.

As soon as I caught the first lie, it was obvious why the organisation wasn’t working. Within it lay a culture of avoiding reality; no one trusted each other. The result was a culture of obfuscation and back stabbing in which nothing was achieved. Volunteers became disheartened with the politics and lack of progress, and eventually they left.

Truth and its relationship to creativity, peace and ultimately success have played on my mind in the past couple of months. If you’ve read this post and thought, “that doesn’t relate to me – I never tell a lie”, then you’re probably lying to yourself.

For one week, try being transparent about everything. I’m confident you’ll find it both difficult and worthwhile, and that it’ll make a big difference to your business. I seldom adopt esoteric business philosophies but its impact has been such that I believe this powerful secret should be talked about.

I’ve not been able to find other articles or books on this topic. If you have, it would be awesome if you could share them on the comments below.