One word of advice from Eric Ries 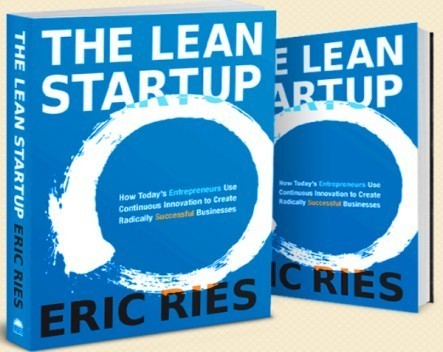 Some years ago, I was lucky enough to hear Eric Ries speak. I was just embarking on my founder journey, and he’d written the business bible, The Lean Startup. After he finished, I bought a copy of the book and lined up to have it signed. When I reached the front, I told him that I’d just started a tech company. What was the one piece of advice he could give me? He looked at me, smiled and wrote a single word in the dust jacket.

I walked away shrugging my shoulders. Surely he could come up with something more profound than that. Wasn’t he missing the point?

That was in 2011 and I was doing everything but focus. I’d come up with an idea for a business that I thought was brilliant (Not quite this one, although it bore the same name). Better still, everyone else thought it was brilliant too. I’d raised money from a range of investors who all had suggestions and contacts. Before I knew it, we had someone trying to launch Posse in London, affiliate arrangements with more than 10 partners, media deals and a white-label opportunity with an insurance company. It felt like we were on fire.

The truth was that I had no idea what I was doing. I was good at selling a dream and everyone was buying in. I thought that interest and excitement must mean that I had a great business, ignored warning signs that our model wasn’t working, and propped up the story by securing more and more deals.

Fortunately we were able to sell that business and it still runs today under the name ‘FutureFans.com.au’. Next time around I was determined to take Mr Ries’ advice. But focusing is not always easy.

I’m naturally an optimist. I love to say ‘yes’ – of course that’s possible. Optimism is important for entrepreneurs but it can also be a hindrance. Learning to say ‘no’ has been one of my toughest lessons.

Right now, saying ‘yes’ is more tempting than ever. We’ve just merged our business with Beat the Q; we’ve had media attention, huge sales and product momentum; and everyone has an idea for how they could fit in. I regularly arrive to an inbox of more than 200 emails from the night before.

Just two weeks ago we were approached by a corporate to run a major promotion in conjunction with a charity. The whole thing would have cost us $10K but would have generated lots of users and profile. Naturally, everyone in the office (including me) was excited. We had only two weeks to pull it together but, to an optimist like me, it was possible.

Behind my excitement I heard Eric Ries’ advice ringing in my ear. We hadn’t planned on any marketing activity this year. We have product, recruitment and the development of processes to think about. We also didn’t have money in the budget – I’d have to move resources from something else.

A week before we were due to start I called my business partner in and had the tough conversation. Even though this was a great opportunity, we shouldn’t do it. We had to focus. Fortunately he agreed instantly, and we broke the news to the rest of the team. I was surprised that in the context of ‘focusing on our plan’ they also understood.

In this instance I’m sure we did the right thing. The challenge comes when it’s unclear. Often, game-changing opportunities have arisen from unexpected meetings. But no one can afford to attend random meetings in place of getting things done.

I’ve become much better at focusing now I’m focused on it. This means doing fewer things than I’d like, prioritizing, and doing one thing at a time. And a focused approach creates a more motivated team than chaotic optimism. People like order, and it’s rewarding to complete things one by one.