Perks or pay? What workers want 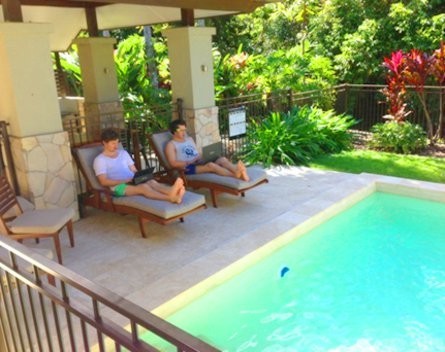 Google is famous for many reasons. The suite of benefits the technology juggernaut offers its employees is chief among them. Free food and transport, massage credits, six weeks of paid leave for new dads and 18 weeks for new mums and gym memberships are among the perks that make Google a sought-after employer.

Few companies go as far as Google but offering fancy fringe benefits is common. Does a free lunch make a difference to employees? That’s the topic Catherine Fox explores in an article in The Australian’s Deal magazine today.

The answer is, it really depends. Factors including the gender and life stage of an employee, the freedom to choose from an array of benefits and getting paid fairly are critical in determining whether a perk will deliver an employer any bump in staff engagement.

“What’s attractive to a young 20 something male or female is very different to a person in their 30s with a family,” Fox told Women’s Agenda.

Paid parental leave is one of the more expensive benefits a company can provide but it’s a hugely influential perk.

“Mothers who received paid parental leave were much more likely to return to the same company. It is a huge thing for women and it is about loyalty and productivity,” Fox says. “It’s also about the reciprocity of the benefit and that’s the key word in all of this. Is a free sandwich going to change things? No but if there’s a suite of benefits that people can choose from, overall it will influence how a person feels about their employer.”

But if an employee isn’t being paid fairly, no free lunch will help.

“Rhonda Brighton-Hall, an HR executive at CBA, said two things are critical when it comes to employee engagement,” Fox said. “The main issue will always be whether you have a good boss. A good boss can do so many things to make you feel more connected and motivated. The second thing is having some control.”

Employers in a lower pay bracket aren’t interested in free perks because they know what that costs. “They would rather the money than have someone tell them where it was spent,” Brighton-Hall told Fox.

The three b’s influence employee engagement more than any perks. “The business, the boss and the balance,” Fox says. “How much work do you do? Do you feel that is recognised and rewarded? Are you not pushed to the point of burn out?“

Those are the issues that determine whether an employer will reap the rich rewards of greater commitment from their staff.

“Culturally in Australia we’re not keen on being at work for hours and hours,” Fox says. “We want flexibility so I’d say that and control are more important than a free lunch. Or any perk.”