Do your Best, for Pete’s sake… 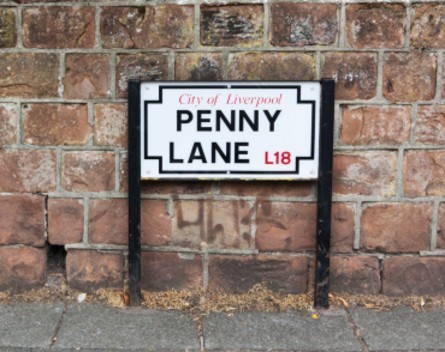 Once upon a time, a long, long time ago, there was a drummer named Pete.

Now, Pete certainly wasn’t the world’s flashiest drummer, but he was competent at what he did. In his view, the drums were an instrument that sits in the background on any piece of music and keeps time while the drums, pianos and bass guitar do their thing.

In gigs, as his bandmates showed the world what they could do, Pete always sat at the back behind his drum kit, competently stomping out a 4/4 beat. Occasionally, he’d mix it up and go ¾ time or even come out with a Latin rhythm – but only if the song called for it.

Certainly, though, he never played anything flashy. No five or 10 minute drum solos for ‘Ole Pete. Which is a pity – as anyone who has ever been to a rock gig will attest, a 10 minute drum solo is always the perfect opportunity to get another round from the bar.

Anyway, Pete’s bandmates – we’ll call them John, Paul, George and occasionally Stuart – were ambitious sorts. They had a ticket to ride – with grand dreams of conquering the world. With each gig, they got just that little bit better – while Pete kept drumming away. Competently.

Over time, Pete’s bandmates increasingly grew bored of the competent drummer. It turns out love is not all you need, after all. The bandmates dreamed about having a star – or more precisely, a Starr – behind the drums.

Needless to say, the bandmates eventually found their man – and Ringo was his name-o. On a hard day’s night, poor Pete was let go. All things must pass – but that didn’t stop our drummer.

Now free as a bird, Pete started a new band and kept playing. It turns out he was not that bad a writer, either. (That being said, he was certainly no paperback writer.)

Unfortunately for Pete, he never did have that big hit he was looking for. Meanwhile, across the universe, the accolades, the mansions, the screaming fans, the gold and platinum records all piled up at the feet of his former bandmates.

To this day, on stages made of Norwegian wood, Pete and his competent band still plays gigs in small theatres, local pubs and half-filled bingo halls.

Occasionally, he even appears on television. Unfortunately, the likes David Letterman and Opera Winfrey are always more interested in his former bandmates and the circumstances of his dismissal than they are in his new band.

Most people who watch go away thinking about how cheerful he comes across – especially given the oft-told backstory. And, truth be told, Old Pete is happy with his lot in life. Long ago, he learnt to let it be.

Still, late at night, he can still be found occasionally pulling out a record by his former bandmates. And looking through that glass onion, as the old tunes play, Pete surely can’t help but think – what if?

So here’s Old Taskmaster’s proposition. Forget about being second best. In life, many are content with being Pete Best. You can get by in life on being competent. It might not be strawberry fields forever, but it’s comfortable.

On the other hand, if you say you want a revolution, you need to do your Best, for Pete’s sake!

Get it done – eight days a week!