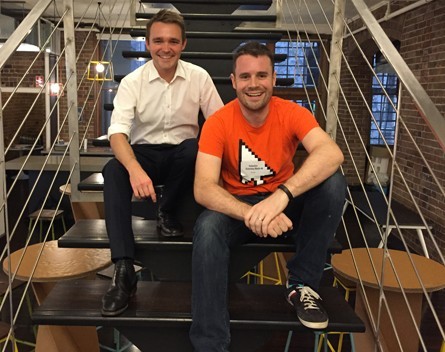 Roy tells StartupSmart he is “incredibly excited” about some of the ideas that were presented.

“There were some really fantastic proposals about how we can change our culture, attract capital, achieve greater co-operation and collaboration and grow our talent pool,” Roy says.

“It was an experiment with a new approach to government policy formulation. It was successful and it can be improved and workshopped.

“In many ways it has opened people’s minds to the idea that policy creation can be done in different ways.”

“This is just the start”

The overarching message from Roy and BlueChilli’s Sebastien Eckersley-Maslin, who organised the Policy Hack, is that “this is just the start” of ongoing collaboration between the government and startup community.

The hackathon saw 50 public servants collaborate with over 100 entrepreneurs, VCs and CEOs.

Roy says the ideas will be turned into an outcomes brief by StartupAUS, passed on to the Department of Industry, Innovation and Science, before eventually being given to politicians.

“The public service representatives were fantastic in their level of engagement,” Roy says.

“The mixing of the two worlds is something to be very excited about, and we’re excited to do more.”

The success of the prototype event has led to discussions of expanding it across the country, while it could also be used internally in government departments, Roy says.

“From talking with Wyatt and his team, there’s a strong appetite for doing more of these, and we’re talking about various ways to make this a bit more permanent,” he says.

It was all about creating an MVP: a minimum viable policy, Eckersley-Maslin says.

“Our idea was to see if we could do something like this quickly, and I think we exceeded all expectations,” he says.

“The energy in the room was electric and amazing, and that’s what made the event. There was a line at 8am to get to work on a Saturday to talk about government policy.”

The day was run along the same lines as a traditional hackathon, with teams forming after initial pitches first thing in the morning. The teams then had five hours to workshop their ideas, with government representatives roaming the room offering mentoring. The ten recommendations were then pitched to a panel of judges.

Many of the ideas utilised government as an enabler and partner, rather than the driver of startups, echoing statements made by Roy and PM Malcolm Turnbull.

“Entrepreneurial spirit doesn’t thrive when we put government at the heart of everything,” Roy says.

“The government should be the enabler and partner, and it was exciting that this was a consistent policy theme.”

Along with the 10 ideas, Eckersley-Maslin says the event also proved that Roy’s comments about the line to Canberra being open for startups are ringing true.

“It has established an open line of communication between the government and the startup community,” he says.

“The networking and relationships that were formed will mean that further dialogue will be much better facilitated.

“It also really demonstrated to the government that you don’t need a six or 12 month drawn-out process to come up with great policy ideas, you can do it in a weekend.”