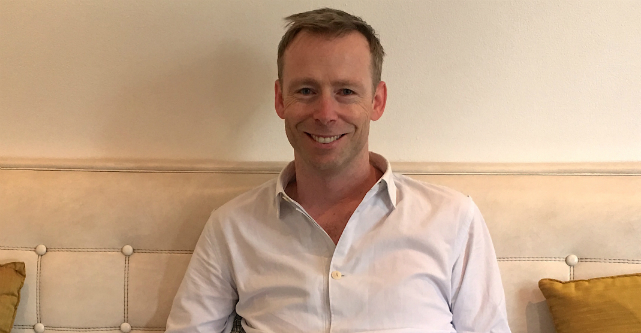 Australian venture capitalist Rick Baker was once offered an investment in Facebook.

The $25 million investment was at a $32 billion valuation at the time, and by today it would’ve made a 10 times return.

But Baker said no.

In a Blackbird Ventures AMA, he explained why.

“It was to do with the investment strategy at the time where we were not supposed to hold listed assets,” Baker says.

“We felt that Facebook would list soon and most of the value would accrue in the public market.

“In the end we would have made three times our money on IPO but I guess we were mostly right that most of the value would accrue post-IPO.”

This experience has made a lasting impression on the investor.

“The real lesson is to break the rules sometimes for great things,” Baker says.

This lost opportunity has led Baker to take more risks with investments, with the VC firm that he founded, Blackbird Ventures, recently taking a dive into the driverless cars market.

“At the time we invested it was illegal all over the world and there was no prospect of legislation changing,” he says.

“We invested on the thesis that this is such a fundamental positive change for the world that if these cars could be created, governments would have to change the laws.

“We’ve been amazed at how fast these laws are coming.”

Baker’s online Q&A session also included a number of insight and useful takeaways from one of the country’s most prominent startup investors.

What founders fail to do

Baker says that startup founders often fail to talk about the investor’s own ambition for their company when on the hunt for funding.

“It’s really important to understand if the potential investor’s ambitions for the company are the same as yours,” he says.

“It’s amazing how this conversation often doesn’t happen until years after the investment.”

“I spend a lot of time listening to founders’ plans and asking them if they can 10 times or 100 times them,” Baker says.

Baker says that diversity in all its forms needs to be improved in both the startup and venture capital industries in Australia.

“We need way more diversity and we all need to work in whatever way we can to drive that,” he says.

“But I’m quietly pleased to see more women and more cultural backgrounds coming through our office as founders. We’re not there by any means but things are improving.

“We need to make sure we showcase diversity where we can. Immigrants have always been a key source of innovation over history. There’s something about starting out in a new country and cutting cultural ties from childhood that makes immigrants more likely to try new things and work really hard to do it.”

He says that everyone in the industry needs to take practical steps to improve the diversity gap.

“Start at home. Do unconscious bias testing and training to understand where your biases lie and get processes into your work to stop them,” Baker says.

“Work with things that make a practical difference, like projects that help girls get into STEM help immigrants access networks and finance and help students from lower socio-economic areas access education and opportunities.”

Why we need lighthouses

One of the biggest areas where Australia is still lagging behind startup hubs in Europe and the US is the existence of prominent startup “lighthouses” to guide the next generation, something that can only happen with time, Baker says.

“The main thing is a bunch of lighthouse successes and the communities that form around them and help create the next generation,” he says.

“These lighthouse successes create confidence that others can do it too. They create huge amounts of expertise in the community hat leaks out over time. They give investors returns on their capital that they can in turn reinvest. The cycle goes on.

“This is starting to happen here but we’ve got some way to go.”