“Put Australia at front of the queue”: Shorten sweet on startup sector 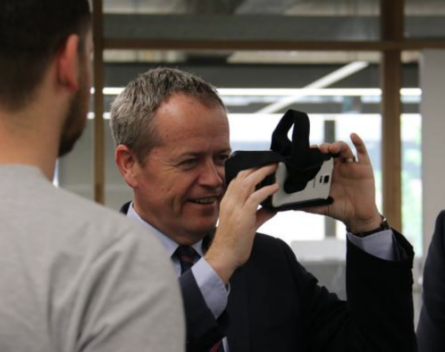 Startup accelerators like the University of Melbourne’s Melbourne Accelerator Program are going to be the source of many jobs for Australians and are vital to ensuring the nation’s economy remains competitive globally, according to Opposition Leader Bill Shorten.

“What we see here is some of the cleverest minds, not only in Australia but in the world, creating and giving birth to new businesses which will put Australia at the front of the queue,” Shorten says.

The ideas and inventions I saw at Lab14 is exactly why I want Australia to be the #startup capital of Asia. pic.twitter.com/pcO2Cpqhp1

“Australians are capable of competing with the rest of the world. We’ve got literally hundreds of thousands of bright young Australians graduating every year from school and going on to TAFE and university.”

Labor recently unveiled HECS-style loans for young entrepreneurs with its Startup Year policy. It aims to encourage final year university students or graduates to found startups, by providing them with between $10,000 and $20,000 should they be accepted into an accredited accelerator program.

“The real future for Australia is to move up the curve in terms of technology and skills, not to try and compete with the rest of the world on cutting people’s wages,” he says.

“We’ll never win that race to the bottom. The future is in places like the Melbourne Accelerator program, backing high-skilled, high-wage jobs for the future.”