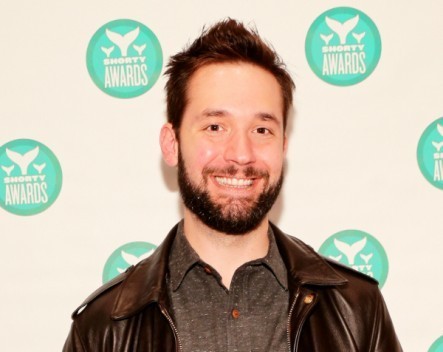 The updated policy, which will come into effect on March 10, is partly in response to leaked celebrity nude scandal of 2014, “The Fappening”, where hundreds of images of celebrities were allegedly stolen and reposted on sites such as 4chan and Reddit.

Actors Jennifer Lawrence and Kate Upton were among those who had revealing photos spread across the internet, with Lawrence describing the scandal as a “sex crime”. So will this policy change at Reddit stop it from happening again?

If you believe that someone has submitted, without your permission, to reddit a link to a photograph, video, or digital image of you in a state of nudity or engaged in any act of sexual conduct, please contact us ([email protected]), and we will expedite its removal.

It’s a gesture towards respecting privacy, but the rule is a red herring. Reddit hosts links, not images or videos. Just because something is unlinked from Reddit doesn’t mean it vanishes completely. Taking something off the internet is “like trying to take pee out of a swimming pool”.

By the time an unwanted image is discovered, countless other people may have already seen it, saved it, or re-posted it elsewhere on the internet. Reddit’s solution is a step in the right direction, but doesn’t yet do enough to solve the wider problems that come with the uploading of non-consensual nudes.

Putting the onus on the subject of the image to flag it for removal – not the site, its audience or the person posting it – shifts the responsibility to the person potentially being harmed. It’s a reactionary policy that only addresses the symptom of the problem, not its cause.

But some parts of Reddit already strive for a culture of consent.

Verifying nudes: the case of Gonewild

On subreddit (i.e. a moderated page dedicated to a particular topic) Gonewild, which features exhibitionists showing off their nude photos, a verification system (warning, some links NSFW) is in place, in an effort to only show photos from willing participants.

The verification process involves contributors handwriting a sign with their Reddit username, the date and a mention of Gonewild on a piece of paper, then photographing themselves naked, holding the sign, from three different angles. It’s intended to prove that the images have been submitted intentionally, for the purpose of being shown off in that particular context.

Redditors who have successfully been verified have an icon appear next to their username on Gonewild, communicating their consent to the audience.

It’s not a perfect system. Images can still be digitally manipulated, and despite advice on how best to remain anonymous while posting nudes, women have been outed and shamed as a result of being recognised from Gonewild posts.

But even with occasional blunders, Gonewild’s verification system is a proactive solution that aims to develop the subreddit into a safe space for those who are comfortable sharing images of their naked body.

The Gonewild example shows that digital communities can be effective in regulating online content.

When something goes wrong on social media, there is a tendency to turn towards the platform and demand new regulatory systems. Google’s solution to unwanted nudes is far more severe than Reddit’s: from 23 March, it will censor any sexually explicit content on Blogger by making all blogs with adult material “private”, effectively erasing them from view.

However, we have a strange relationship with these “top-down” forms of regulation. We rarely read the Terms of Service or the End User License Agreement, and the “flags” provided on social media platforms tend to simplify what should be a complex regulatory process.

In contrast, norms and regulatory practices developed within a digital community over a period of time can be directly responsive to the specific needs of a community, while also signalling best practice to the rest of a social media platform.

Advances in platform regulation are essential. But it is important to recognise that community-led forms of regulation also offer innovative, effective solutions to the problem of content regulation online.

Now that Reddit has received $50 million in venture capital funding, it has a responsibility to be a good investment by attracting advertisers who want to reach Reddit’s burgeoning user base.

And while in 2014, men were twice as likely to use Reddit than women, this moment is an opportunity to appeal to a much broader demographic.

As Reddit grows, it’s up to both the platform and its users to act like the kind of community they want to be.