Role playing: Why one start-up avoided titles for over two years 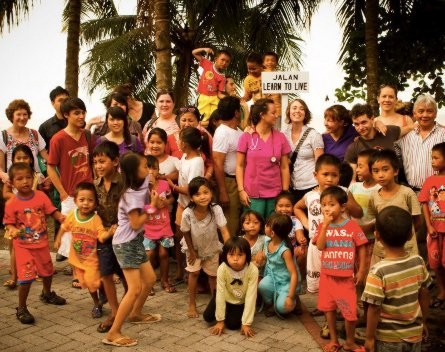 The co-founders of social enterprise fundraising platform StartSomeGood have recently introduced formal titles for their company so they could each focus on specific areas of the business as it matured.

The co-founders of the crowdfunding platform for social entrepreneurs are Tom Dawkins, who has taken on the title of chief executive officer, and Alex Budak, who is now chief operations officer.

Dawkins told StartupSmart they had evolved to a point now where formal titles made sense for their team after two-and-a-half years of a more loosely defined structure.

“We had the discussion in June after spending a week in the US together. He asked me to take on the CEO role so he could focus on operations so he could do a better job, and not be spread across too many areas,” Dawkins says.

The company was launched when Dawkins and Budak were both based in the US, but on different coasts. Dawkins has since moved back to Sydney, and Budak to Stockholm. The team has grown to 11 members in several countries.

“When we started, we didn’t think it was necessary to formalise the relationship. It didn’t feel right to me at such an early and fluid stage. We were really equal in our approach and made all of our decisions together,” Dawkins says.

Over 200 projects from 23 countries have now been run on the StartSomeGood platform, with almost 100 this year. Dawkins says the rapid growth and a possible investment round later this year also brought on the new titles.

“It depends what your pathway to success is. If you’re selling to major companies or raising venture capital, the job title does make a difference so they know who you are and what you do,” Dawkins says. “But we didn’t have a need to impress or get validation from anyone except from those who used the service, and they didn’t need the titles.”

Dawkins says “co-founder” felt like a more meaningful and accurate description of what he and Budak wanted to say about their involvement.

“We were doing everything and really making a go of it. Our community was in a similar place,” Dawkins says, adding the co-founder label allowed them to explore new skills more expansively.

“We’re both on the more hustler side of things and we had to figure out who was going to step into each role and build new skills,” Dawkins says.

He says the team hadn’t really noticed they lacked official titles, but were excited about the clarified leadership structure. He says their plans for the next year are to grow.

“My challenge as CEO for the next 12 months is to re-establish a stronger team in the States and keep exploring partnerships,” Dawkins says.

He adds the partnership they’ve recently signed with online bank ING Direct is a model he’s keen to develop. ING Direct has signed on to match funds on a number of projects run on StartSomeGood in the next year.

“We want to explore crowdfunding as a way to access other kinds of capital too. There is a lot of inefficient capital in this space,” Dawkins says.

“The model of partnership with ING is something we’re really pursuing. It’s new for crowdfunding. It’s supporting winners, but it lets the crowd decide which project is worth it and then amplifies those funds and that work.”