Science funding should go to people, not projects 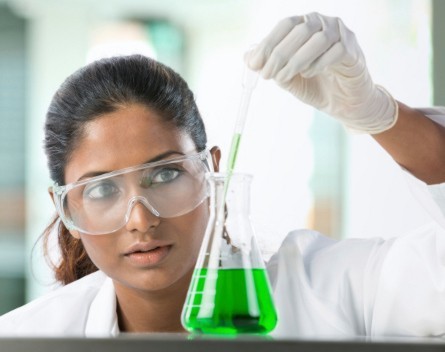 He concludes that the historical US project grant funding systems are no longer working. He argues for a switch from a project proposal based system to a people-based system. The phrase you’ll hear a lot more often is “person-not-project”.

I’m interested in this idea. Australia, with its highly developed research fellowship systems, is already moving along this road, but I imagine the debate will be controversial.

What is the funding problem we need to fix?

In the US, and here in Australia, project grant funding rates have dropped so low – only 15% of grant applications to the National Health and Medical Research Council (NHMRC) were funded in 2014 – that talented students are now nervous about embarking on careers in research and junior staff are feeling under intense pressure.

Germain talks about how his son graduated from Stanford and explains how the exposure to undergraduate lab placements had the effect of inoculating students against a career in research. Students saw how impossibly competitive and uncertain academic life seemed for younger staff, despite the fact these were people at one of the world’s top universities.

This is not only personally damaging but it is wasteful in terms of the amount of investment and training that has gone into each new academic. It can be soul destroying for young academics, who are hired but then unable to get their research funded.

The advantage of the ‘people-not-projects’ idea

In the Cell article Germain makes a simple point: projects are very difficult to rank. The ideas are probably all pretty good. When panels look at two ideas they are always comparing chalk and cheese, so they are often split about what is a brilliant idea. One ends up ranking not on the basis of the idea, but on the solidity of the preliminary data.

So in reality, researchers no longer pitch novel ideas. Instead they write proposals full of “preliminary data” that demonstrate that the idea is not only feasible but has essentially already been done.

Ultimately this hampers creativity. It means that junior researchers are forced to devote themselves to preparing catalogues of preliminary data to make a convincing grant application rather than embarking on innovative exploratory projects.

It also means the more senior researchers with big teams have an advantage, because they will have accumulated considerable preliminary data over the years and can more easily generate applications.

His suggestion is to forget about the project and the idea, and rank applicants on the basis of their CVs. CVs do not always reflect the true quality of a person, but panels tend to agree on them. And, typically, junior staff don’t set out to run their own lab until their CVs are “competitive”.

The number of applications will be fewer and it should be possible to get some sort of consensus in the ranking. It is also less of a lottery. By focusing on people, one immediately starts controlling “population growth”.

Most importantly, he maintains that in science, as opposed to in investment markets, past success is a very good indicator of future success.

So he would provide funding to the top ranked people for five to seven years to give staff the opportunity to actually do the science they think best without the need to impress funding bodies – who will likely be inherently conservative.

After this time, staff would be reviewed and would either have their funding continued, expanded or reduced. This would replace the need for ever more and more grant applications. It would be simpler and more predictable, and would save a lot of time.

Getting closer to funding the ‘person-not-project’

Interestingly, although the idea sounds radical, there are many schemes that already emphasise the person rather than the project.

In the US, the Howard Hughes Medical Institute provides generous funding to investigators. The National Institute of Health intra-mural system is similar. And Wellcome Fellowships also operate along these lines.

In fact, the provision of significant start up grants to new hires at most US universities is also a kind of person-not-project approach. Elsewhere, the Canada Research Chairs and European Molecular Biology Lab positions also have elements of the same strategy.

Australia has also been operating in this way for some time. Both the [Australian Research Council (ARC) and National Health and Medical Research Council (NHMRC) Fellowship schemes are essentially “person-not-project” systems, and they are highly effective.

The same but different

But there are differences. Australian fellowships typically provide relatively modest research support. Attaching a five year ARC Discovery Project or NHMRC Project Grant to each new fellowship would go long way to providing a viable system, but one would have to look at the impact on overall spending.

The other difference is Germain is arguing in favour of directing the funding via institutions rather than to individuals. He considers the US to be too big to run a national fellowship scheme, and does not want to interfere with hiring systems at universities. In Australia directing funding to individual fellows seems to work.

I firmly believe the person-not-project idea is worth considering further.

It will naturally be supported by those with strong CVs – and the groups of people whom Germain says do support his idea probably do all have strong CVs. It will make people with good ideas who have not yet been able to demonstrate their worth nervous. So there should also be mechanisms to support other types of rising stars.

But, overall, I recommend that the person-not-project approach be given serious consideration. And in Australia this would simply mean growing rather than shrinking our fellowship schemes.

Merlin Crossley is Dean of Science and Professor of Molecular Biology at UNSW Australia.

You are now at the forefront of another academic milestone as you plan to pursue advanced studies. Whether you intend to pursue graduate studies in a local school or abroad, you will have to undergo a rigid admission process, which will require you to submit various application documents.visit the site