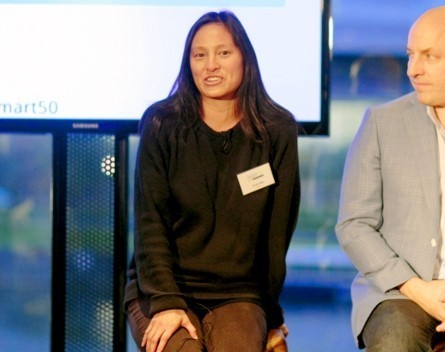 Being the best possible founder comes down to having strong skills in one or two areas and mitigating your weaknesses by hiring the right people, according to the head of Stripe for Australia and New Zealand, Susan Wu.

Speaking at The Sunrise conference in Sydney on Monday, Wu said if we only live once then we “may as well do some pretty big stuff”.

With that in mind, here are four tips from the serial entrepreneur and investor on how to become a better founder.

1. Hire well instead of hiring quickly

Wu says one of the most important things she has learnt in her career so far is the importance of taking the time to hire the right people instead of snapping up employees after raising money.

“There’s nothing more important than hiring well,” she says.

“Sometimes that means hiring very slowly. Whenever I hear a company say we just hired 20 people last month it’s always a red flag. It demonstrates to me a lack of understanding of culture and how organic team collaboration happens. So I would never, never make that mistake again of hiring too quickly.”

When asked what employee retention rate founders should be aiming for, Wu said in an ideal situation well over half of a startup’s employees should be staying with the company for 12 months.

“Obviously you’re going to make hiring mistakes and if you’re a first-time founder you don’t know what you’re looking for,” she says.

“And when you’re hiring for an early-stage startup most of the roles are so loose and undefined… but 70% sounds about right to me.”

2. Understand the technology behind your product

It is possible for your startup to succeed even if you don’t have the technical skills to build it yourself, according to Wu. However, she says founders really should be familiar with the technology behind their company in order to better understand the user experience.

“Your chances of success are much higher if you have a hands-on knowledge of your product and how your customers are interacting with that product,” she says.

3. Focus on your long-term vision and don’t get distracted by competitors

Wu used to read industry news “religiously”. She now admits she hardly pays attention to what is making headlines and who is raising money.

“I really go out of my way to not pay attention to what other people are doing,” she says.

“I find it creates noise… I think really great founders and really great leaders know what they’re going to build. To some extent what my competition are doing or the rest of the industry is doing may impact that in the short term, but not the long-term strategy, what users really need, what customers are feeling or what their pain-points are.”

Wu says women are “untapped” resources not just in the startup ecosystem but the economy more broadly.

“There are gender differences and barriers to women succeeding in the startup world,” she says.

“There are barriers for women succeeding in life in general. And it’s a personal passion of mine to level the playing field for not just women but all minorities generally… women are one of the great untapped resources.”