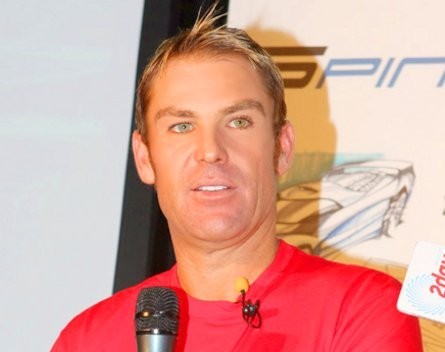 Australia’s favourite larrikin, Shane “Warney” Warne, has just undergone another transformation. This time he is doing his bit for trans-Tasman relations as a craft beer connoisseur with his own label, 99 Not Out, made in partnership with New Zealand brewers Moa.

The pale ale is exclusive to Australia and will be sold through Woolworths’ vast Dan Murphy network as well as a number of pubs in the ALH Group, also 75% owned by Woolworths.

Whether you love or hate Warney, it’s a clever move by Moa and a big, loud relaunch into Australia.

It is also part of a growing trend of companies seeking more rewarding and elaborate celebrity partnerships over traditional sponsorships. Instead of fronting the cash, brands put the celebrity in charge of sales generation and, with luck, both parties are rewarded nicely for it.

Diageo are a great example of the gains that all partners stand to make when a brand succeeds. Sean ‘Diddy’ Combs’ strategic alliance with Ciroc vodka took the little-known French brand from US sales of 40,000 cases in 2007 to a staggering 2.1 million in 2012. Sean Combs is said to be in 50:50 partnership with the owners.

If Warney can deliver even a fraction of that to Moa, they’ll all be in beer heaven.

Over the last five years, Australian beer manufacturing has had a huge shake up, with drinkers moving away from the big brands such as Foster’s and VB in favour of premium-priced craft beers. There are an estimated 150 microbreweries in Australia, feeding the seemingly endless desire for new beer flavours, aromas and packaging concepts.

That’s not to say it’s all over for the big guys. Far from it.

It’s no wonder Moa is so focused on Australia. With profit margins of 30-35%, it’s one of only six markets in the world with billion-dollar profits to be made.

In fact, it’s so desirable that Coca-Cola Amatil is counting down the days to the end of its own beer ban on December 17. Having sold its share in Pacific Beverages to the parent company of Foster’s, SABMiller, CCA is chomping at the bit to re-renter the premium beer space.

Just a few months ago Moa changed tactics both here and in New Zealand by bringing the sales and marketing function back in-house and away from third party distributors.

As a bid to reverse declining sales, it’s a far better strategy and puts control of the brand firmly back in the hands of the people who know it best: Moa.

It’s also recognised that to do well in the Australian market, in any industry, you must enter with a local flavour and invest in people on the ground.

As far as positioning Moa as a serious contender for market share in Aussie beer sales, it’s on the right track.

With such a quintessential Aussie fronting the Kiwi craft beer and giving Shane Warne plenty of space to put his own spin on it, Moa has guaranteed itself media attention and a concept that every Australian beer drinker can get their heads around.

On the back of the media Warney will generate, Moa is also hoping for increased sales of the other four beers it’s offering here.

Moa could even use other Australian sports figures in the same way: Lleyton Hewitt’s “Blonde and Brash” or Gary Ablett’s “33-Disposal” anyone?