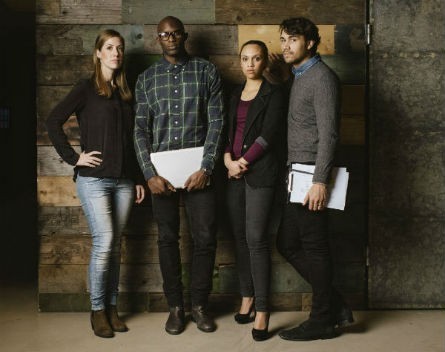 Fast-growing messaging startup Slack has put its “feet to the fire” by releasing internal diversity statistics and plans to improve these numbers.

In terms of the tech company’s overall workforce, 39% are women, while an overwhelming 70% are white.

When looking at leadership roles, 45% of Slack’s team is female.

Nowadays it’s more unusual for a tech startup not to release diversity figures like this, something Slack CEO Stewart Butterfield alludes to in a blog post announcing the release.

“We are not the first technology company to report this and by now, you probably know what the blog post looks like,” Butterfield wrote.

“We believe being an inclusive and diverse workplace is not an option. We understand that our industry is not a welcoming place to everyone and we want to do our part to change that.”

Slack fares slightly better in these terms than the biggest tech companies in the world. Of those that have released their internal stats, Amazon has the most women comparatively, comprising 37% of its workforce. Microsoft is trailing behind with only 24% of its team being female.

What sets this announcement apart though is the relative youngness of Slack as a company, Butterfield says.

“Perhaps the single most important thing we are doing right now is addressing this issue in the infancy of our organisational history,” he says.

Slack currently has less than 250 employees and isn’t yet two years old.

“It is relatively easy for us to move the lever a small bit right now to make a significant change in our trajectory,” Butterfield says.

“If us doing this sooner rather than later yields a better result that alone will be a good thing for us to have done at Slack and, hopefully, for the industry at large.”

The post also announced a number of methods that Slack will be utilising to try to improve diversity, including closely examining all hiring and promotion decisions, working with advisors, making financial contribution to education groups and undertake unconscious bias training.

“We want to hold our feet to the fire and measure whether or not our strategies – particularly those for retention and diversity across our different internal organisations – are effective,” Butterfield says.

“Our primary goal is to avoid becoming yet another place where underrepresented groups exit the technology industry. We don’t want to be a place where people give up on their ambitions”

“While much focus has been on the pipeline, we understand that increasing the diversity of applicants and new hires will not result in any significant change if people from underrepresented groups cannot thrive at the company.”