Doggedness, determination and ambition: What do we really know about entrepreneurship? 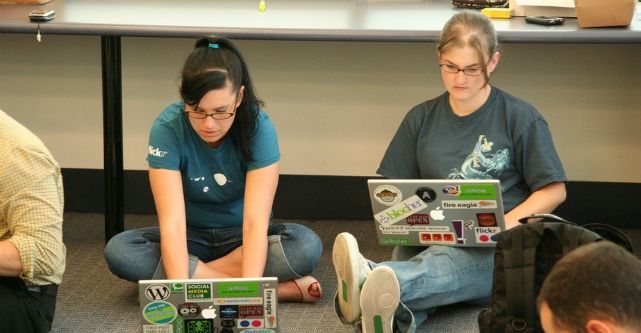 The first thing is that the term entrepreneurship means different things to different people. So the starting point of any discussion is to agree not to use the term.

People often mean startups – new businesses – when they use the ‘e’ word. So let’s look at the evidence on the importance of startups to the economy.

Most startups, about 50 %, die within five years . Most startups never grow; never employ anyone, other than the owner; have low sales and low productivity.

This feature of startups is common to all the developed countries where the evidence has been scrutinised. Survey work by Scott Shane, who is visiting the Wade Institute this week, shows that bulk of people who start a business do so for the pleasure of working for themselves. They do not want to grow and they do not have the ambition to make it happen.

We really mean the hi-risk hi-tech ones

But one suspects that this is not what most politicians mean by the entrepreneurial economy. They mean the next Bill Gates or Steve Jobs. The people who drive hi-tech, hi-risk companies which live beyond the first few years and grow explosively via internal innovation and business takeover.

It is however, notoriously hard to systematically identify the factors that create these people. It is easy to reverse the pathway of successes, but harder to recall the pathway of equally deserving colleagues who failed.

How much is due to genes?

We know that location has something to do with success. All major episodes of innovation have occurred in clusters – from the industrial revolution in N England and Scotland to Silicon Valley today. But research by Shane on 1200 identical twins in the UK, has revealed that genetic factors associated with the lead founder play a part. Some people are just born with the personal qualities that make successful hi-risk innovation business people. Doggedness, determination, a thick skin and ambition.

A quick glance at the Olympic events makes it abundantly clear that you need to be born with certain physical qualities to even put you within medal contention – long arms and legs seem to matter for most events.

Does this also apply to other activities? It does make one wonder how far we should screen and encourage people for different occupations based on their personal characteristics. Related work in Australia by Ham, Junankar and Wells, uses the household panel survey (HILDA) and found that average marginal effect of parental status on occupational choice is small but the effect of the personality trait ‘conscientiousness’ is large and similar in impact as educational attainment.

Should public policy use this information to identify people with the greatest potential to become the next mega-business innovator?

Or should we leave it up to the market to do the sorting for us? (Leaving aside the issue of how much do the rest of us benefit from the presence of these stars in our economy). It’s the old struggle between equity and growth.

These are some of the issues, uncomfortable as they may be, that we are confronting.