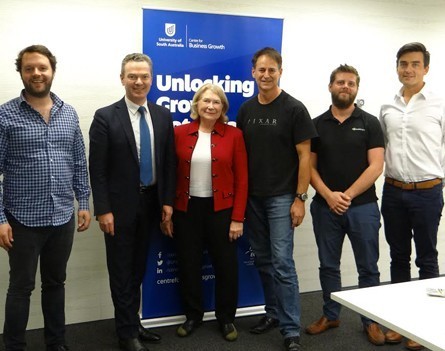 Founders and investors have welcomed the first policy recommendations put to the government by StartupAUS, saying they would help drive the startup ecosystem by creating local jobs and a culture that embraces risk and entrepreneurialism.

* The doubling of R&D tax concessions for startups

“There are a small number of top priority measures which could have an immediate positive impact on our innovation economy,” Bradd says.

“With the right policy settings we can build an agile, innovative economy capable of taking advantage of the enormous opportunities technology is creating.”

“It’s creating a climate that accepts risk and fosters entrepreneurship, and that’s a good place to start,” Moody says.

“For Australia to compete we need to be able to match risk and reward and find ways of encouraging the startup space.

“The theme is how to incentivise or lower the barriers for people to take a risk, and that’s absolutely what we want to be doing.”

StartupAUS has recommended that the research and development concessions available for startups be doubled in order to increase employment and competitiveness. They say this can be done by reducing the rate available to larger, more established companies.

Founder of Job Capital and Inspiring Rare Birds Jo Burston says these changes would allow her to hire more developers within Australia, rather than looking abroad.

“I would love to be able to employ more Australian developers, but the costs eliminate that as a prospect at the moment.

“Doubling the R&D would give us the opportunity to employ more Australians to build our business from Australia. It’d mean we wouldn’t have to look for cost-effective labour offshore while in the MVP or high-growth development phases.”

This change could have a wide-ranging positive impact on the Australian startup ecosystem and economy, Burston says.

“If a lot of small businesses can have incentives to produce innovation and technology on-shore then that will help us overcome the labour laws that restrict us from being able to employ very expensive developers in Australia.”

The government was also advised to create income and capital gains tax incentives for early-stage startup investments in order to fill the funding gap at the seed stage of a company’s formation.

StartupAUS points to the UK’s Seed Enterprise Investment Scheme as an example of how this can help startups grow and access capital.

“These policy action points are great and will definitely encourage more people to invest in startups – especially in the high-risk seed and angel investment space,” Cooper says.

“Knowing tax concessions are in place will bring more investors into the mix.”

“At a time when they’re trying to take the heat off the housing market it makes sense to give incentives to an industry that can create jobs and help build new and valuable things in the world,” McIvor says.

“Investors want a tax effective way to put their money to work, and property has been that way. But this provides an incentive for money to flow into startups.”

“We’ve already seen investors make decisions based on how the capital gains tax would be applied to expected scenarios,” Jankie says.

“I’ve actually seen a startup change its model to combat investor feedback and I’ve seen Australia lose companies to other countries because of this.

“By providing back-end tax savings, Australia will see a huge growth in early-stage investment which will provide much higher mid-to-long term employment and profits in Australia, more deal-flow for a greater number of later-stage companies into Australia from the US, greater tax income for the government and help to shift from traditional resource jobs into the technology sector.”

Attracting talent to the boards

The final proposal put forward by StartupAUS involves extending the director liability exemptions that exist in the mining sector to technology startups. These exemptions recognise the risks involved with mining and exclude directors from liability, and Bradd argues this should also be afforded to startups.

Jankie says this change is a “no brainer”.

“Early-stage companies are of a higher financial risk and directors have been known to be blocked from sitting on a startup’s board by other boards they serve on due to the liability hole in the current Corporations Act,” he says.

“This must be plugged. The outcome means some great advisors with head-learned lessons being able to support and lower the risk of startups.”