All too achievable: “It’s bullshit that other conferences claim it’s hard to get to gender parity” 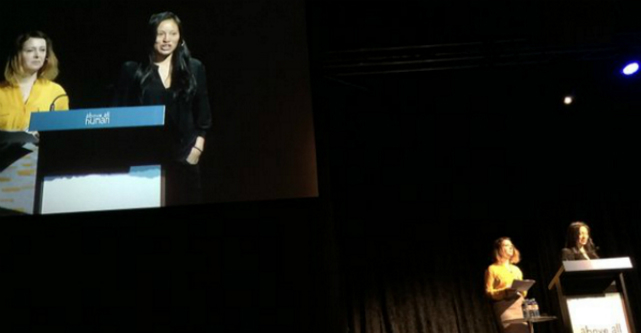 For the organisers of Melbourne tech conference Above All Human, getting an equal gender split in its speakers wasn’t a great achievement.

Taking place on Friday, the conference brought a range of local and international speakers on tech and startups, half being women.

But during the opening address, organisers Susan Wu and Bronwen Clune said they shouldn’t be lauded for this.

“It wasn’t that hard for us at all,” they said.

“We did it in our first year of launch and we’ve done it again this year – all the while growing our attendee base to over 1000 people on a modest budget. And without having to ‘lower any bars’.

“There was no magic, just commitment and follow through.”

They also said it’s disingenuous for other tech conferences to claim it’s difficult to get an equal amount of female speakers.

“It’s bullshit that so many other tech conferences claim it’s too hard to get to gender parity,” they said.

“Don’t laud us for this, don’t call us trailblazers. All we’re doing is reflecting the world as it is.

“That anyone considers a tech conference with 50% female speakers as an achievement in 2016 is ludicrous.

Last year Australia’s biggest startup conference SydStart was criticised for producing a first round of all male speakers, with an organisers saying it was difficult to find women speakers.

Speakers at the Above All Human conference included director of customer experience at Slack Ali Rayl who described how the startup giant was created from a failed computer game, and design guru Mike Monteiro, who urged attendees to create technology for the greater good rather than the “frat-boy demographic”.

More coverage of the conference will be on StartupSmart throughout this week.