Bitcoin evangelist set to head Down Under 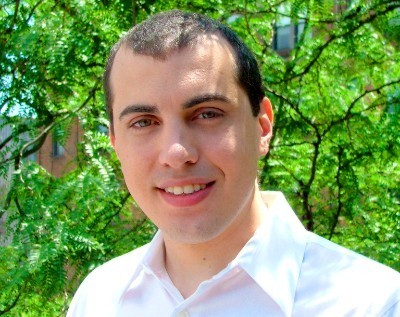 Few can explain bitcoin and the blockchain with the eloquence of Andreas Antonopoulos and next week he’ll be in Australia to discuss all things digital currency.

Antonopoulos will be speaking at The Bitcoin Address in Sydney and Melbourne next week, free events organised by the College Cyrptocurrency Network, the Bitcoin Association of Australia, CoinJar, with the support of Atlassian and Inspire9. A noted bitcoin evangelist, Antonopoulos recently made the case for bitcoin’s freedom before the Canadian Senate.

The College Cryptocurrency Network (CCN) is an international body that aims to foster student interest and adoption of bitcoin and CCN Oceanic regional director James Eddington says Antonopoulos is the rarest type of bitcoin expert.

“I don’t think I’ve seen anyone speak as engagingly about the technology,” Eddington says.

“He’s one of the only guys who can really walk the walk when it comes to navigating bitcoin and understanding the blockchain.

“A lot of the time software guys are brilliant, but they don’t inspire people; Andreas can.”

Antonopoulos says he’s looking forward to visiting Australia because of its vibrant and active bitcoin community.

“Australia’s high tech and entrepreneurial culture combined with its young population make it fertile ground for bitcoin,” he says.

Morgan specialises in startup regulation and smart law, among the topics she’ll be discussing how the blockchain has the potential to help improve legal frameworks.

Moroz, a musician, recently launched Tatiana Coin, an experimental crytpocurrency crowdfunding hybrid. Users donate bitcoins in exchange for Tatiana Coin, which can then be redeemed for members-only rewards.

“It’s really exciting to have all three of them in town,” Eddington says.

The events in Melbourne at Inspire9 on November 24 and Atlassian in Sydney on November 25 and both quickly sold out.

“I didn’t know what the public response was going to be,” Eddington says.

“We were concerned, what if we throw out this major event and we don’t get the numbers. But it pretty quickly became apparent that wouldn’t be the case.”

For more information, head over to the Sydney or Melbourne events meetup pages.