CFA study aid Apptuto helps when put to the test 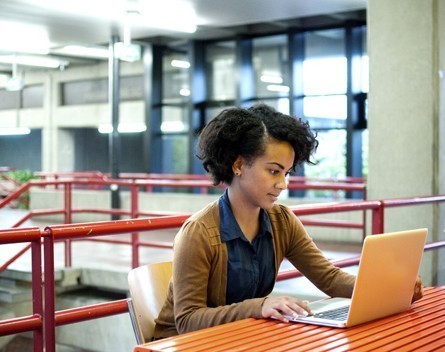 Chartered Financial Analyst (CFA) tests are notoriously difficult, simply because of the sheer volume of knowledge that must be learnt.

Australian Nicholas Cooper, the founder of Apptuto, wants to lift those pass rates. While studying for his CFA, he was working for the Abu Dhabi Capital Group and commuting frequently between Dubai and Abu Dhabi. He quickly realised that tools to help study for the exam hadn’t changed from when he first attempted it seven years prior.

So he set out to build Apptuto, a platform available on mobile and desktop that gamifies study for the CFA exam. Earlier this year Cooper and the Apptuto team moved to San Francisco to take part in 500 Startups latest batch.

“This exam, quite a lot of people do it, but the pass rate remains about 40% and the reason for that is not due to the content, because the content is relatively straightforward,” Cooper says.

“It’s the volume of content. So it really does become your lifestyle, you live and breathe CFA for six or seven months.”

In addition to being a mobile solution, Apptuto includes analytics that track a user’s progress, discovers areas of weakness and helps focus limited study time. But Cooper has more ambitious plans. The startup is currently working on developing features that integrate wearables like Fitbit, to help candidates study smarter.

“The way you learn can be influenced by your surroundings,” Cooper says,

“If we know that someone’s average bed time, due to the Fitbit, is 9.30pm on a week day, and they’re using our app at 9, and they’re doing questions, hopefully in the future we’ll be able to recommend them to do reading. Because that’s encoding memory and you’re better suited to read just before you go to bed.

“Or for our students that have anxiety, we start throwing them easier questions if we see their heart rate go up, which is a biomarker for that, so they stay engaged.

“It’s something we haven’t launched yet, but we have all the algorithms and we’re going to build it into our product.”

While Cooper has experience working with startups, both during his time with Abu Dhabi Capital Group, and as an angel investor, this is the first startup he’s founded.

“It’s a lot more work than I expected,” he says with a laugh.

“You just do it, you’ve got to be passionate. The other interesting thing about it is if I ever go back to being investor, I’m going to ab a lot better investor because of the experience. I understand so many more questions. I’m not from a tech background, but I know the sorts of technical questions or how to build a team, just because I’ve been involved in it.”