“Creating something from nothing”: How Marita Cheng became one of Australia’s most important entrepreneurs 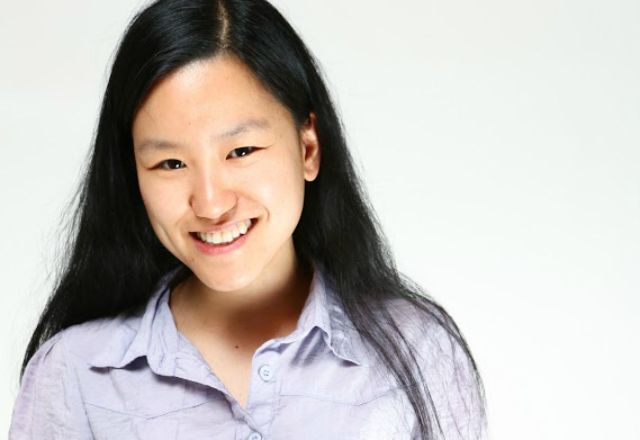 When Marita Cheng was in high school she didn’t know what the word ‘entrepreneur’ meant.

But she already was one.

From a very young age Cheng wanted to make things. It was a simple process – she would talk to people, find out what they wanted and then work out how to create it from nothing.

It wasn’t until university that she realised this could become her career, and she could make a real difference.

“But in my head what I was doing was similar to the life I lead now. I was going around talking to people, finding out what they wanted and bringing it to the world.

“It was in university that I learnt what the word entrepreneur actually was. I said, ‘oh, that’s the name for what I want to do’.”

“Creating something from nothing”

Cheng was raised with her brother by her single parent mother in a housing commission apartment in Cairns.

After graduating from high school in 2006, she was soon named the Cairns Young Citizen of the Year before relocating to Melbourne to undertake a Bachelor of Engineering and Computer Science at the University of Melbourne.

It was during this time that Cheng discovered the world of entrepreneurship and “creating stuff” and soon realised that it was the best time possible for her to dive fully into it.

“In order to learn about starting a company you actually have to start one to learn about the processes and what it takes to create something from nothing and bring it to the world,” she says.

“I didn’t want starting a company to just be a dream. I didn’t want to go through university, get a job and then later think, ‘oh I want to start a company one day’ without actually knowing what that entails.

“When you’re at university you have the freedom to do that.”

The simple experiment that Cheng undertook to discover what it was like to start a business now has 27 chapters across nine countries.

The company she created, Robogals, aims to encourage girls to go into STEM-related fields – Cheng herself was only 19 when she launched it.

Its global chapters have now as worked to inspire well over 30,000 young girls around the world, something that constantly amazes Cheng.

“It’s really rewarding to see what it has become,” she says.

“Even while I was creating it, it was just this wave that kept growing and growing in momentum, and in people, power and force.

“When you put a bunch of smart people together and give them the freedom and encouragement they can create amazing things.”

Through the organisation, Cheng’s message to young girls is a simple but crucial one.

“I tell girls that they can do anything they want to do,” she says.

“I’m telling them that with engineering you can build anything – you just have to imagine it.

“But I really want to show them too. I want to show girls that with science and engineering you can make a really cool change in people’s lives.

“I’m doing it – I’m just a young woman a few years older than them.”

The world of robots and awards

Now 26 years old, Cheng has established herself as one of the most prominent and respected entrepreneurs in the country and as a driving force behind the recent push for a change in national cultural and innovation.

Focusing on robotics and engineering, she has established a portfolio of companies and plaudits that would prove daunting for someone twice her age.

She’s now founded 2Mar Robotics and Aipoly, two startups utilising innovative technology to help those in need, and achieved formal recognition after being named the Young Australian of the Year for 2012.

But for Cheng, it’s all about ensuring her skills and ability to create something from nothing is used for the greater good.

And that’s a clear trend in the companies she’s founded and the technology she has created. There’s always a slant towards the social good and conscious, with each aiming to make the world a better place for those living in it in their own little way.

She founded 2Mar Robotics in 2013 to make robotic arms for people with disabilities to help with their day-to-day lives. It quickly picked up $20,000 in funding from the Melbourne Accelerator Program, five prizes and the lucrative chance to exhibit at CES 2014, one of the biggest tech conferences in the world.

Aipoly employs a machine learning algorithm to near-instantaneously identify an object when a smartphone is held over it, which then reads aloud what it is.

The startup emerged from a piece of homework handed out at Singular University, where Cheng was the only Australian in a cohort of 80.

“If your startup is doing something that has a really good social cause then even if you fail, you don’t really fail,” she says.

“If you do something that has a social good and you do really well through it then everyone wins. But if you fail or run out of money at least on the way you still changed people’s lives.”

Despite spending significant time in Silicon Valley, Cheng is still based in Melbourne and says she is heartened by the recent movement in the country around entrepreneurship and innovation.

“I think it’s great we have a PM who owned a successful company, great that the chief scientist of Australia started a startup and that the head of the CSIRO also worked for startups,” she says.

“If we have the leaders of our country and institutions knowing that innovation leads to great success stories and great success for our economy then it’s pretty exciting to see what policies they’ll create for our country moving forward.”

In typically modest fashion, Cheng says the biggest lesson she’s learnt across her various ventures is the importance of finding complementary partners to work with.

“To create something really great you need to work with people that have skills complementary to your own to bring it to the world. It really does take all these cogs working together to make a fantastic product.”

Despite already having three success and rapidly growing companies under her belt, there’s still a distinct feeling that Cheng is just getting started on her entrepreneurial journey.

“Between 2Mar and Aipoly it’s a big year coming, but I’m really looking forward to it,” she says.