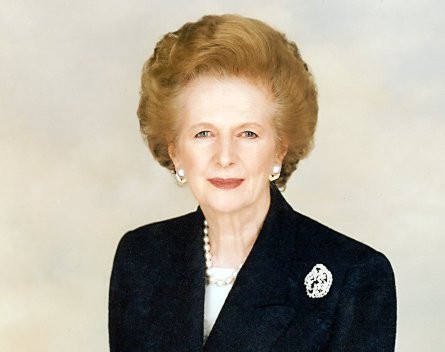 Britain’s longest serving 20th century prime minister, and the only woman to ever occupy the role, died of a stroke yesterday morning.

Baroness Margaret Thatcher was 87. A grocer’s daughter who became a research chemist before studying law, she first ran for the British Tory party in the unwinnable seat of Dartford at the age of just 23. Her bid was unsuccessful.

In 1959, she was elected to represent the seat of Finchley. Just a year and a half later, she was made junior pensions minister. In 1974, she ran for the leadership of her party after her faction’s preferred candidate screwed up his own campaign with an ill-advised speech. Against all expectations, she won both that ballot, and her party won the election in 1979. She would continue to lead her party as prime minister until 1990.

Thatcher was defined by her convictions, among them a belief in the morality and efficiency of the free market, and a firm belief that Britain’s economic problems could be solved by pulling it out of its post-war consensus around government having a large role in the economy.

Thatcher spent much of her time in politics under siege both within her party and without. She faced bitter opposition both about her economics and her gender. Nonetheless, she achieved much of what she set out to do. Intriguingly, she did so despite going against many of the common exhortations to leaders to be consultative and communicative.

Instead, Thatcher led from the top. Her extraordinary life offers lessons in striving against the odds.

“I do not know anyone who has got to the top without hard work,” Thatcher once said. “That is the recipe. It will not always get you to the top, but should get you pretty near.”

Perhaps the most striking way Thatcher departed from conventional theories of leadership was in her firm belief that change is difficult, requiring an iron resolve, and unlikely to be achieved by consensus decision-making.

In a 1990s BBC documentary she was asked about her aversion to consensus.

She responded, “If you look at the great religions – and the Judeo-Christian religion is really at the heart – would you have those great guidelines if Jesus had said, ‘Brothers, I believe in consensus?

“Of course not. You’d have nothing of value.”

3. It’s never too early to be ambitious

In 1973, when she was health secretary, Thatcher said there wouldn’t be a female prime minister in her lifetime.

Regardless, Thatcher was always ambitious, and positioned herself for advancement.

She gathered powerful mentors early in her career, like British barrister and politician Sir Keith Joseph.

She also worked hard to build her profile. When she was elected, she pitched herself to the media as the “youngest ever Member of Parliament”. Her first speech was on press freedom – a topic she knew would interest the media. As a result, her debut was well covered. No cushy backbench role would do for her.

4. Choose what defines you

Margaret Thatcher was Britain’s first and only female prime minister. But in the thousands of obituaries published about her today, her gender is a sidenote; her economics and foreign policy are the focus.

Thatcher never made the advancement of women in leadership a keystone part of her prime ministership. And while during her lifetime she was often disparaged in gendered terms, in the long run, she’s won the battle. No one today would say she was defined by her role as the first female prime minister.