Innovation statement: Great ideas can only ‘boom’ with both genders 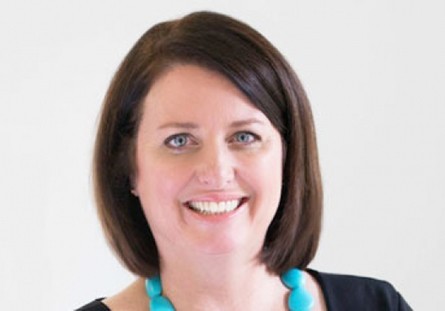 But the ideas that emerge can only be so good if just one segment of the population is given access to bringing them to life.

Australia has a bit of a problem when it comes to including and supporting women in the very industries the Turnbull Innovation package seeks to address. Women make up less than 20% of those graduating from computer science related degrees and barely 20% of the ICT workforce. While the number of female entrepreneurs is on the rise, men still far outnumber women in the tech start-up community.

Indeed, a quick flick through the Australian Financial Review’s detailed innovation section responding to the policy yesterday neatly illustrated the problem. Finding a female source quoted in the coverage proved difficult. One story featured photographs and quotes from six members of the ‘Aussie Silicon Valley Mafia’. They were all white and all male, despite the AFR reporting there are around 20,000 Australians currently living and working in Silicon Valley.

Speaking with a number of different women in the tech and entrepreneurial community, the package was certainly welcomed and seen as a positive in general, but they agreed it could be further bolstered by better supporting women.

Two such support mechanisms that have been included are the $13 million promised to better support women and girls in pursuing Science, Technology, Engineering and Mathematics (STEM), as well as plans for a startup version of the ‘Male Champions of Change’ (a recommendation to emerge from Assistant Innovation Minister Wyatt Roy’s recent PolicyHack). The Women in STEM fund is a good start in working towards a more equitable split between boys and girls studying such subjects, but we’re still yet to find out just how it will be spent.

When pressed by the ABC’s Leigh Sales on how the STEM education package would be distributed, Turnbull was vague, declaring it would simply help fund programs. However, he did certainly acknowledge the importance of including both genders in the ‘ideas boom’: “In a world where human capital is the most valuable asset, why are we not including women?” he told the ABC.

So will what’s outlined in this comprehensive package be enough to get the level of female involvement we really need? Below’s what a number of leading women in the sector shared with Women’s Agenda on the announcement.

On the STEM package, Digivizer CEO Emma Lo Russo said the $13 million investment will not be enough to embed serious educational reform and change to encourage sustainable STEM opportunities for women and girls.

“Learning in general has to change,” she said, adding that a complete overhaul of the education system is needed. “ We need more immersive experience, ideation and innovation topics in the education system as part of every year’s curriculum.” She believes that coding should be compulsory for both sexes, and that entrepreneurial and critical thinking must become core skills of every student.

The package marked a great day in general for science and startups in Australia, according to startup advisor and investor Nicole Williamson. She believes Turnbull has covered every aspect of innovation to help create the new ‘ideas boom’, and that it’s especially reassuring to see a focus on coding and entrepreneurial attitudes in kids.

However, she too was hoping to see a little more direct focus on women in technology in the statement. Although the STEM education fund and the Male Champions initiative are great steps, she believes we need to turn more ideas into action.

“We need more focus on co-funding high growth female led startups and education for female angel investors – as they do in the US, England and New Zealand would have been ideal,” she said. “So we’re going to look to tap into the $8 million that’s been set aside for accelerators and incubators to see if we can get more female-led businesses funded.

“Finally, we want the Prime Minister to include more women in the top team advising him on Innovation. At the moment, it’s a sea of men.”

As for the big ‘boom’ social change strategist Anne-Marie Elias warns us not to hold our breath waiting for it to arrive, given most of the initiatives are not due to be rolled out until midway through next year. Blogging on the announcement overnight, she said the “devil will be in the detail” especially regarding how the state and territory governments respond to the statement in time for their own budgets.

She too welcomed the Women in STEM opportunity, but was disappointed by the lack of targeted initiatives for women in general. She believes time will tell how many women will be able to access the investment funds available. “Mostly women do not fair very well in accessing capital so time will tell, and again it will only work if efforts are made to ensure women are aware of and have the capacity to apply.”

“Women also need to have access to mentors and role models,” she said. “People like me, who have worked in corporate and successfully in start ups need to help other women. But it is tough. I am already juggling my own work, leading employees and being available as mum, partner, sister, daughter to my own family.”

Indeed, these are some of the barriers that have been preventing women from getting involved in technology and the start-up community. And, as Lo Russo adds, the greater context needs to be addressed on these issues. Particularly the need for more flexible workforces, betters childcare incentives, cheaper data transfers and the ability to really work remotely – all things that a truly ‘innovative nation’ should deliver.

Scale Investors CEO Laura McKenzie told Women’s Agenda the Innovation Agenda is a game-changer – for investors, entrepreneurs, researchers and institutions. But it lacks specific programs to support female entrepreneurs and investors, a group that represents just 5% of start-ups and founders, with female entrepreneurs also receiving less than 5% of angel and venture capital funding globally. “We absolutely need to change that to ensure we are leveraging 100% of Australian talent,” she said.

Scale Investors represents almost 100 mainly female angel investors who’ve collectively invested more than $3 million in six globally scalable female-led businesses in the last two years. McKenzie said the group will be “delighted” to see that from 1 July 2016 they can access a 20% non-refundable tax offset on investments in early stage female led businesses – especially given many such investors contribute their time, networks and expertise in such businesses.

It’s clear more women want a role and place in the innovation nation. According to Startup Muster’s latest report, 24% of startups founded in 2014 were by women, up by 5% since 2013.

It’s also clear the female role models we do have in this space are able and willing to put themselves forward to showcase what they can do and to inspire the next generation of women into the space. They’re intentionally making themselves available for speaking and media opportunities to get a much greater voice on these issues.

As CEO Monica Wulff told Women’s Agenda: “We’re seeing an upward trend in female entrepreneurship and all involved need to celebrate, promote and assist to ensure this development continues,” she said.

The package is a great step forward. Let’s all encourage more women to make the most of it.