Have a successful product and don’t be an asshole: Justin Kan’s advice for founders 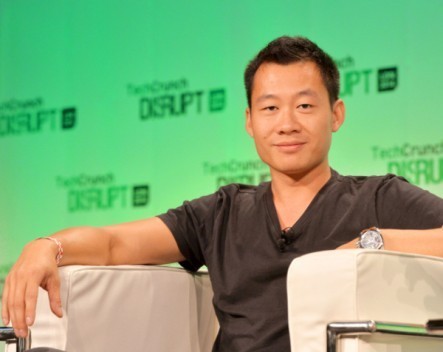 Assholes beware, you don’t have to be “win at all costs” to run a successful startup, according to Twitch founder and Y Combinator partner Justin Kan.

Speaking to StartupSmart from the United States ahead of his appearance at the Above All Human conference in Melbourne next month, Kan says the idea that startups need to adopt a win-at-all-cost mentality to succeed is wrong and not a norm found in the broader tech industry.

“I don’t think it’s necessary at all,” Kan says.

“I think you can find single digit examples of where very aggressive behaviour is the norm in the tech industry.

“Companies are made up of people, and behave as people do, they’re a reflection of society.

“I think you look at a company like Dropbox, one of our portfolio companies that has executed extremely ethically and is focused on building a tool that people really wanted to use, they’ve done extraordinarily well and have also had a similar meteoric rise.”

As internet coverage grows around the world and publishing platforms like the App Store and Google Play appear, startups are able to scale and get traction faster than at any point in history, a development Kan says set the stage for the Uber story.

“The market of people who are using the internet to buy services has grown by orders of magnitude, even from when I started out 10 years ago, and certainly since the first dot com boom. It’s much easier to get distribution for your app, and it’s much easier to become ubiquitous much more quickly. Things like Instagram or Uber have grown very quickly, so it’s kinda made it a little more shocking.”

Earlier this year, Kan sold his startup, video game streaming platform Twitch, to Amazon for $US970 million. Kan says it was user research that led to the development of the platform, an offshoot of Justin.tv.

So the Justin.tv team set out to work how to convince those gamers to do just that. COO Kevin Lin set up Skype interviews with gamers using platforms other than Justin.tv, and Shear asked them what sort of features they would find attractive.

“There were very distinct patterns of what people wanted and what they didn’t,” he says.

“They wanted to be able to make money off of it. So we created a partner program, which really drove a lot of our growth. Some of the feedback was they had low quality (on Justin.tv), which was weird to us, because we had extremely high quality and you could tell from the bandwidth of the streams that we were sending out.

“But what we found out was they couldn’t watch the stream because it would stutter, and that was because they were trying to watch it in too high quality.

“So we actually created something that would lower the quality of the stream and make it more consistent. It was counterintuitive, but a few things like that made it a much better platform for gaming.”

Twitch has grown to become an online streaming behemoth with over 60 million monthly visitors. More important than finding the right investors, or talented staff, focusing on finding the right product market fit is what Kan says is the most important lesson he learned while building Justin.tv and Twitch.

“If you’re a salesperson with a good enough pedigree you can probably raise money for your startup. You can kind of fake it. But it’s so much easier to just have a startup that’s actually working and then raise money,” he says.

“A lot of people think that’s what successful companies do; raise money, hire talent. But it’s all about having a successful product: Identifying a problem, by talking to and identifying customers and coming up with solutions and seeing if they work.

“It’s so simple and this is not a novel idea. But it’s very hard to internalise, I think. I wish I had known that earlier.”